At least 50 refugees have pitched camp in the area 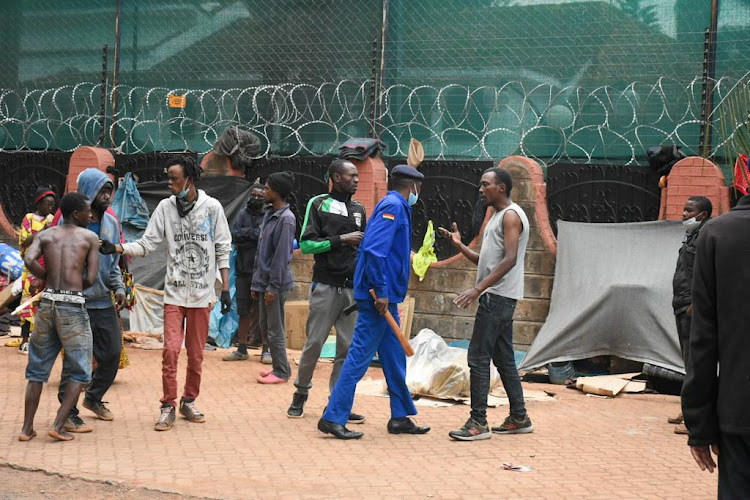 NEGLECTED: National police and refugee engage in a confrontation outside UNHCR offices at General Mathenge Nairobi on October 13. The refugees have sited poor services and neglect from the relevant authorities in UNCHR.
Image: MERCY MUMO

General Mathenge residents in Nairobi's Westland want the state to deal with the high number of refugees camping in the area.

The residents, who stay around the United Nations High Commission for Refugees, have faulted the commission for failing to deal with the refugees, whom they accuse of causing destruction.

However, Kenya National Commission on Human Rights communications officer Dominic Kabiru told the Star they are not aware of any complaints about any refugees or asylum seekers.

“I have consulted our complaints and investigation division and currently as a commission, we have not received any,” Kabiru said on Wednesday.

“They have converted the roads into their home, they sleep and eat on the roads. Also, because they don’t have toilets, they end up doing their business everywhere and that’s a big threat to our sanitation,” Shah said.

He also complained about compromised cleanliness and constant noise in the area.

“Nowadays hawkers are in the area and the amount of plastics and waste dumped in the area is just too much. If you sweep in the morning, the place will be dirty by evening,” Shah added.

He wants the government to deal with the refugees, saying it's inhumane for them to be staying outside.

“These people have stayed here for almost three weeks now, the UNHCR needs to open their offices and deal with them,” Shah said.

Another resident, Priya Krishna, complained about road blockage and destruction caused to them since the refugees pitched camp.

“This morning I woke up and the road was blocked, they were standing everywhere I could not pass. The other day I woke up at five in the morning because of noise,” Krishna said.

At least 50 refugees have pitched camp in the area. They are from Somalia, Congo, Uganda and other countries, and came from Kakuma refugee camp in search of protection, among other reasons.

Akambamu Jonan is a Ugandan citizen who fled his country four years ago because of diplomatic reasons and was hosted at Kakuma refugee camp.

During his stay there, he was attacked by unknown assailants who hurt his right leg. He has since tried in vain to seek treatment.

“I left Kakuma and came to UNHCR offices to get only two things, protection and treatment,” Jonan said.

For two months now, Jonan has been staying outside the offices, he has not received any help, nor gained access to the offices.

The Star did not manage to get a comment from UNHCR officials. 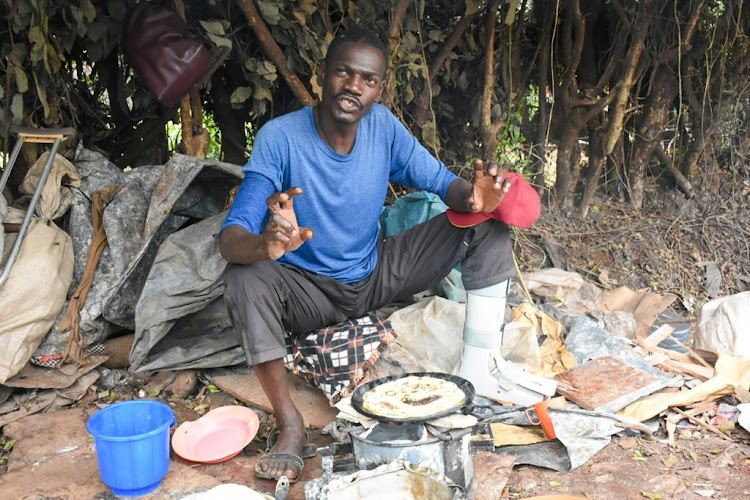