Pleads for help; pimple worsened in 2020 when it developed into a wound 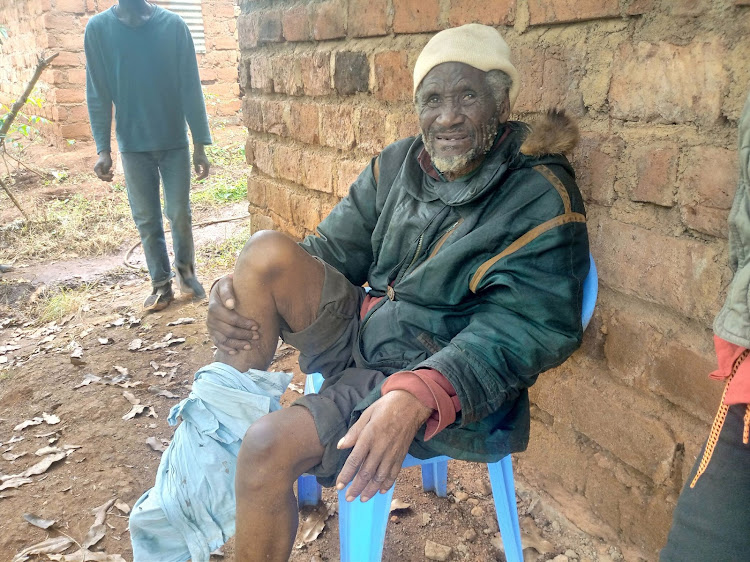 Eighty-one-year-old Robert Ngaruri suffers from a mysterious wound in his left leg lower shin that developed four years ago as a pimple.

The father of six from Nduuri village in Embu East is calling for support from well-wishers to seek medical attention.

According to Ngaruri, the pimple developed in 2018. It was no cause for alarm as he anticipated the pimple was normal and would disappear with time.

But the spot continued to worsen in 2020 when it developed into a wound. His attempt to seek medical attention from various health facilities within Embu did not bear fruit.

He said his visits to Gikuuri dispensary, which is about three kilometres from his home in Nduuri, were cut off by lack of treatment and transport funds. 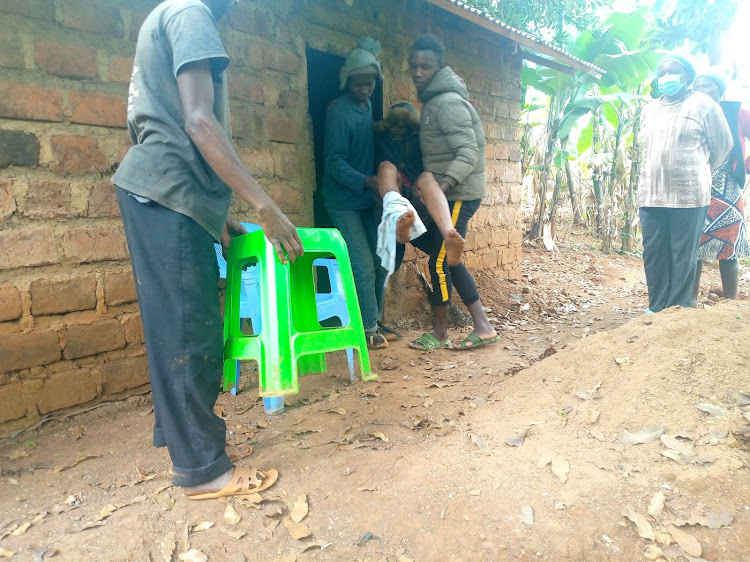 FUNDS APPEAL: Robert Ngaruri being assisted to leave the house at his home in Embu East on October 12.
Image: BENJAMIN NYAGAH

Ngaruri, who seemed to be in immense pain and deteriorated memory, said he hopes that the wound will one day heal on its own.

“At Gikuuri dispensary, they only gave me medication and didn’t refer me to any other hospital,” he said.

The widower, who lost his wife before the disturbing vice invaded, said he could not remember the details of the diagnosis at the said health facility.

He said that he was always accompanied by his elder son who went to Nairobi in search of greener pastures.

The son took the hospital documents with him and his other family members could not locate their whereabouts.

Ngaruri said this year the wound has steadily spread thus leaving part of his leg in dire need of medical attention.

He said the wound has denied him the chance to continue with his usual duties of farming and livestock rearing.

Ngaruri spends his time lying in bed as he can neither walk nor stand.

“I am appealing to well-wishers and leaders to help me seek medication as I am in deep pain. I would love to resume my normal activities,” he said.

According to his son, Hosea Munyi, he is supported by neighbours and well-wishers as he cannot raise enough money for his family and enough to cater for his father.

Munyi, who also had a car accident in 2007, said he cannot raise the amount needed for his fathers' medical attention as he also relies on his wife who is the breadwinner of the family. 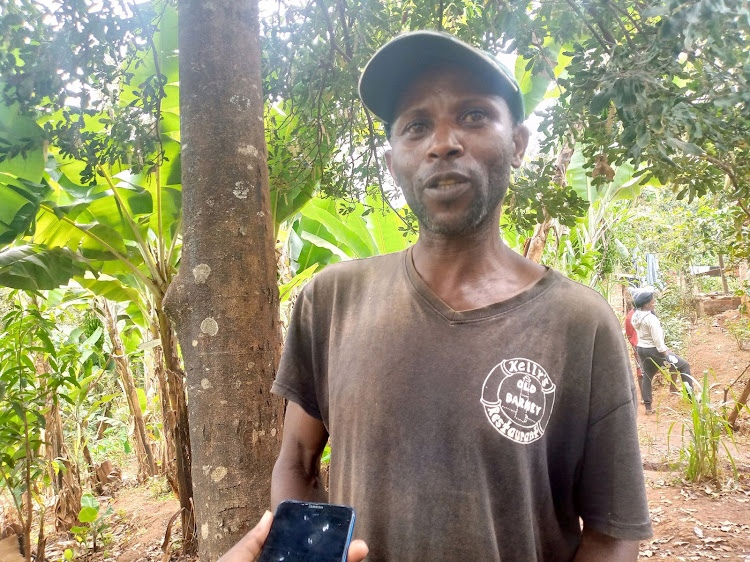 “My father is in pain and I feel so sad that I cannot help him seek medical attention. I call upon anyone who can help us raise some money to kindly chip in,” he said.

His daughter-in-law, Cecily Karimi, said she has tried to take him to different health facilities to no avail.

She said she took him to Runyenjes Level 4 Hospital in Embu East but they were referred to Embu Level 5, which she could not afford because of financial constraints.

“I would appeal to people of goodwill to intervene on behalf of the family as this situation has left everyone in sorrow,” she said.

Karimi said the doctor who received their father at Runyenjes Level 4 said the wound had worms and may need surgery.

The family could not mention the exact amount they need as they need to visit the hospital first for examination.

So far, several well-wishers have expressed concern and provided funds to cater for his transport to hospital.

Ngaruri has since been taken to Chuka Referral Hospital where he was admitted on Tuesday evening.