Mueke to vie for Kitui governor's seat on UDA ticket

•The move puts to rest speculations that arose from his frequent visits to Ruto’s official Karen home over the past weeks.

•He had earlier announced that he would vie for the Kitui gubernatorial seat on the United Green Movement party. 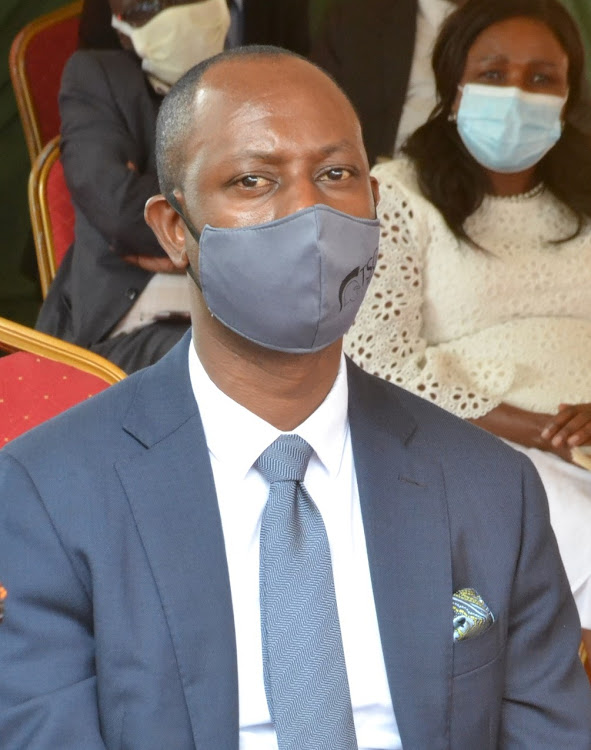 In a short message announcing his exit, Mueke said he will run for Kitui governorship on the UDA ticket.

The move puts to rest speculations that arose from his frequent visits to Ruto’s official Karen home over the past weeks.

Mueke who from 2013 to 2017 was the Nairobi deputy governor had earlier announced that he would vie for the Kitui gubernatorial seat on the United Green Movement party.

However, his recent associations with Ruto were a pointer to shifting political allegiance and possible defection to UDA.

The former DG has been working hard to popularize Ruto and UDA in Kitui and his efforts, appear to bear fruits as a sizeable number of young people have registered as UDA members.

In early August he led a delegation of about 600 Kitui residents including 15 MCAs from Kalonzo’s Wiper Party, Governor Charity Ngilu’s Narc and Jubilee to visit Ruto at Karen.

This was despite the view that selling the DP in Kitui viewed as Kalonzo and Ngilu bedrocks is a hard sale.

Mueke is increasingly becoming Ruto’s favourite and last Sunday, Ruto sent Mueke to a Catholic Church Harambee at Kyuso Market in Mwingi North constituency with a donation of Sh200,000.

On Monday, after the Sunday funds raiser, Mueke returned to Ruto’s residence.

According to a post on social media later, he had spent the afternoon with Ruto discussing how to indiscriminately improve the lives of all Kenyans.

“I spent the better part of this afternoon conversing with DP Ruto about the state of our nation and what must be done to ensure that every Kenyan, gets an equal opportunity to succeed,”  Mueke wrote.

He said they also discussed the economic potential of the South Eastern region, where he was optimistic that Kitui’s economic strategy would be included in the hustler nation’s manifesto.