This will assist residents of the peripheral areas in the county

• The funds will be utilised in two tranches to help the affected residents recover from the loss.

• The locust invasion that broke out last year in Kitui and ebbed in last March devoured arm crops living residents with little to harvest. 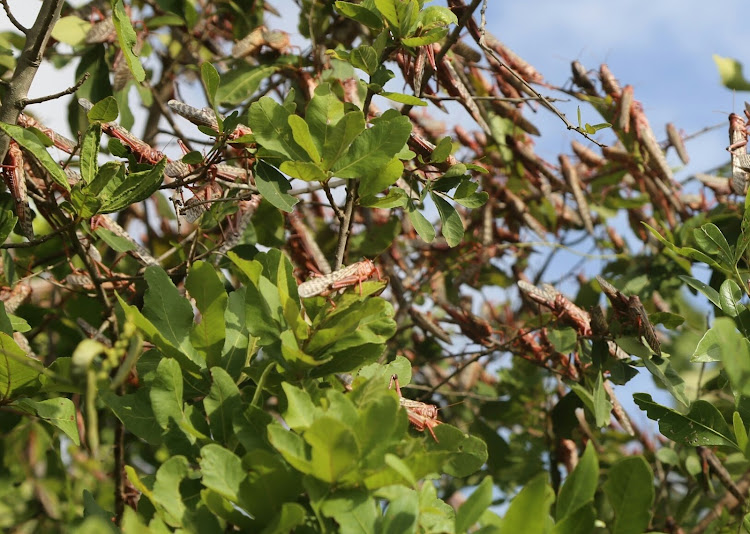 OUTBREAK: A swarm of locusts during the 2020 invasion in Kitui County.
Image: MUSEMBI NZENGU

Kitui county in partnership with World Bank will invest Sh68 million to compensate farmers who lost food crops and livestock pasture during the recent locust invasion.

Speaking on the phone on Sunday, Water and Agriculture executive Emmanuel Kisangau said the World Bank support will help residents of the peripheral areas of Kitui who were hard hit.

He said the funds will be utilised in two tranches to help the affected residents recover from the loss.

“Many farmers lost their crop to the locusts. We have partnered with World Bank to offer resilience support to the affected residents,” Kisangau said.

He said county government officers have for a couple of weeks been out in the field to identify farmers who were adversely affected by the locust and identify them for the compensation.

The executive said the compensation would be in kind and not cash.

“Once we identify farmers who were badly affected, will further work with them to identify a community project that will offer them resilience and probably prepare them to handle future invasions,”  Kisangau said.

He said most of the community projects to be supported through the funding will be in the water sector and some farmers who lost large quantities of farm yields will be seed donations ahead of the imminent October-December short rains.

The locust invasion that broke out last year in Kitui and ebbed in last March devoured farm crops, leaving residents with little to harvest.

The food scarcity situation was aggravated by failed rains in the last March-May long rain season.

A last July recent report on food security assessment showed that over 126,000 Kitui residents in a population of 1.13 million were food insure and faced starvation unless they received urgent famine relief food supplies.