Former senator told a funeral that he had established without a doubt that essential drugs were missing. 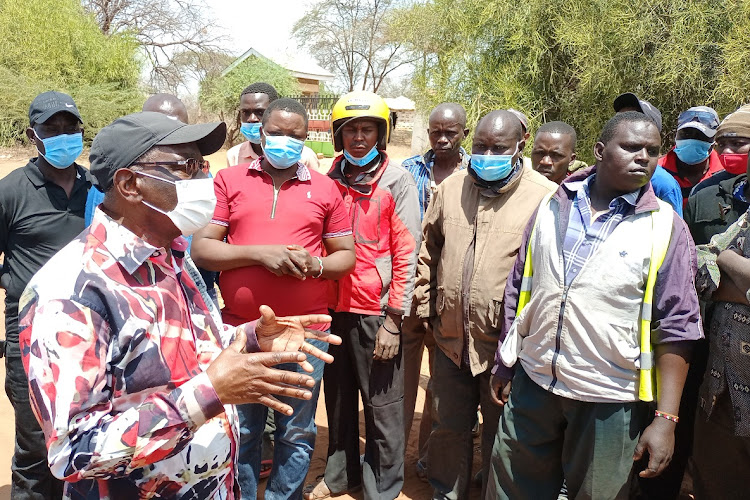 Kitui health executive Winnie Kitetu and former Senator David Musila have clashed over the state of healthcare in local facilities.

After visiting the hospital’s pharmacy, Musila told a funeral in Musavani village, Tseikuru, that he had established without an iota of doubt that essential drugs were not available in health facilities across Kitui.

“I want to tell you that the county healthcare services are on a sickbed and drugs are not available in our hospitals. There is a serious shortage of adequate staff and facilities,” Musila told mourners during the burial of Syuindo Mwendwa.

He said the inadequacy of health facilities in Kitui resulted in Governor Charity Ngilu being airlifted for treatment in Nairobi when she was down with Covid-19 over a week ago. He said the prevailing situation spelt doom for residents who cannot afford to be taken to expensive hospitals.

“No hospital in Kitui has ICU beds and oxygen is also not available. It was purely the reason why Governor Ngilu had to be airlifted to Nairobi,” Musila said. He pledged that he would turn the health department around should he be elected to replace Ngilu in next year's election.

But Kitetu faulted Musila for forcing his way to Tseikuru hospital pharmacy. She, however, added that he was blocked from accessing the drugs store and did not have the right picture on the stocks of drugs in the facility.

“He forced himself into the pharmacy as the pharmacists tried to keep him away. They did not open the drugs store (for him),” Kitetu said.

She said health facilities in Kitui last weekend received a drugs consignment from Kemsa that would last the next two months.

She denied Musila’s claim that Kitui health facilities lacked oxygen, saying the commodity was available but admitted that the supply from BOC had been scaled down in favour of more needy counties.

She said staff shortage was being addressed as the county had advertised vacancies for an upward of 60 medical staff.

“Most doctors and nurses went for postgraduate training; almost half are away. That is why we advertised to employ,” Kitetu said.