Threat to kill case against NIS officer to proceed in October

•David Kituru is charged with threatening to kill Sarah Mwikali, the wife of an aeronautical engineer with the Delta Airlines in the US. 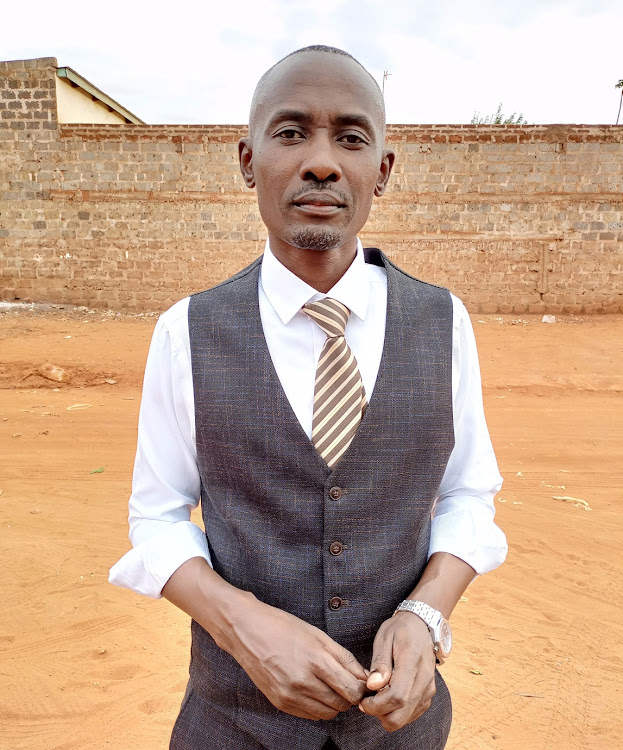 PROSECUTOR Kitui county director of prosecution Bonny Okemwa who is leading the prosecution against NIS official David Kituru who is facing charge of threatening to kill.
Image: Musembi Nzengu

A case in which Murang’a-based National Security Intelligence Service officer David Kituru is charged with threatening to kill Sarah Mwikali will proceed on October 18.

Kyuso principal magistrate Mercy Nasimiyu adjourned the hearing after the first day of the case on Wednesday.

Kituru is out on a Sh50,000 bond after denying charges of assault, causing bodily harm and threatening to kill Mwikali. The complainant is the wife of Mwendwa Mutua, an aeronautical engineer with Delta Airlines in the US.

The suspect also faces another count of unlawful use of a firearm by a public officer.

The offences were allegedly committed on November 21 last year at around 5pm at Kaliwa shopping centre in Kitui. The suspect and the complainant are neighbours.

During the hearing on Wednesday, Nasimiyu cautioned both the prosecution and defence to conduct themselves with decorum. She told them to avoid unnecessary altercations to save courts' time.

Kitui county director of prosecutions Bonny Okemwa is leading the prosecution. He is assisted by Geoffrey Ngige, the state counsel in charge of Mwingi North.

Simon Mburu is representing the complainant while Otieno Arum is Kituru's lawyer.

On Wednesday, the magistrate criticised the parties for using too much of the court's time engaging in unnecessary arguments.

She said the drawn-out arguments had slowed down the case. Under normal circumstances, the magistrate said, up to six witnesses are heard in a day. The court could only manage two witnesses.

Nasimiyu advised that to save the court's time, parties have to respect each other.

Mwikali had accused Arum of attempting to intimidate her during the cross-examination.

Arum in return said she was a hostile witness, sparking a brief verbal exchange.

Nasimiyu asked Mwikali to stop being impolite and answer questions from the lawyer.

She told Mwikali not to have any hard feelings against the lawyer's questions because he was not the one who allegedly assaulted her.

The magistrate also told Arum to avoid appearing to harass the witness and advised him to only ask questions that were relevant to the matter.

At one point, Nasimiuyu threatened to adjourn the Wednesday hearing midway should the bitter exchanges continue.

Mwikali was testifying against Kituru after another prosecution witness, Christine Mutua, had concluded giving her evidence.

The charge sheet says Kituru assaulted Sarah Mwikali Ngui by hitting her with a stone on the upper right side of the eye on November 21 last year at around 5pm at Kaliwa village in Mutanda location.

The other count states that on the same day, time and place, he threatened to kill his victim with a pistol.

The third count says he threatened to harm Mwikali with the pistol by pointing it at her while assaulting her.