Public, lawmakers complain about the illegal, dangerous and haphazard way sand is harvested

•The ward representatives want legal policies in place to regulate sand harvesting that damages and depletes the environment.•Sand harvesting was banned in 2018 but cartels are  still carrying out illegal harvesting 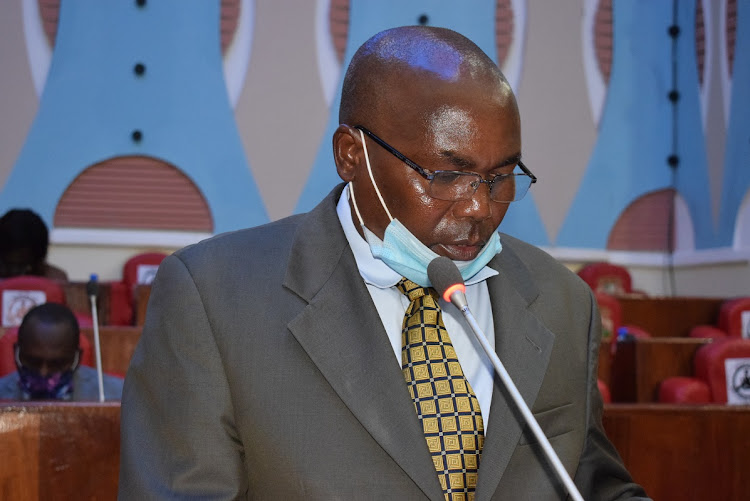 Kitui MCAs want sand harvesting regulated and made an economic enterprise to protect the environment.

MCAs complained about the illegal, haphazard and dangerous way sand harvesting is done, damaging and depleting the environment.

They want the department of environment and natural resources to work together and enact the Sand Utilisation and Harvesting Act to regulate mining and use of sand.

Over the years, sand harvesting in Kitui has been dominated by cartels doing illegal sand mining. They play cat and mouse with enforcement officers and rake in millions of untaxed shillings.

The clandestine harvesting of sand has caused violent clashes between community vigilantes and workers for sand barons, leading to deaths and injuries.

In a statement to the media on Thursday, MCAs said they had identified sand harvesting as a means of income to enhance the economy.

The ward representatives were discussing  recommendations in a report  by the assembly committee on environment, energy and mineral investment development of sand harvesting sites in Kitui.

The report was tabled by committee chairperson, Jacob Kavolonza.

Speaking to the Star on Thursday, Kavolonza said that his committee has established that the only ones to benefit from sand harvesting are cartels working with some county government officials.

He said the hotspot of sand harvesting was in the badly degraded Kanginga and Tiva seasonal rivers.

“Further the House emphasised  the responsible ministry implements the committee’s recommendations to ensure the trade benefits the people,” the statement read.

They said sand harvesting investors should be recruited transparently.

Further, the MCAs said the Kitui government should come up with sustainability programs such as stop gaps, sub-surface dams and tree planting to reduce erosion.

They demanded the involvement of the public in matters  involving of extraction of natural resources.