Girl who became orphaned during KCPE, satisfied with KCSE results

•A Catholic nun and her aunt have been her greatest pillars.

•Her aunt Caroline Iregwa who is a cleaner would have half of her salary deducted to cater for Ondisa's fees during the four years in secondary school. 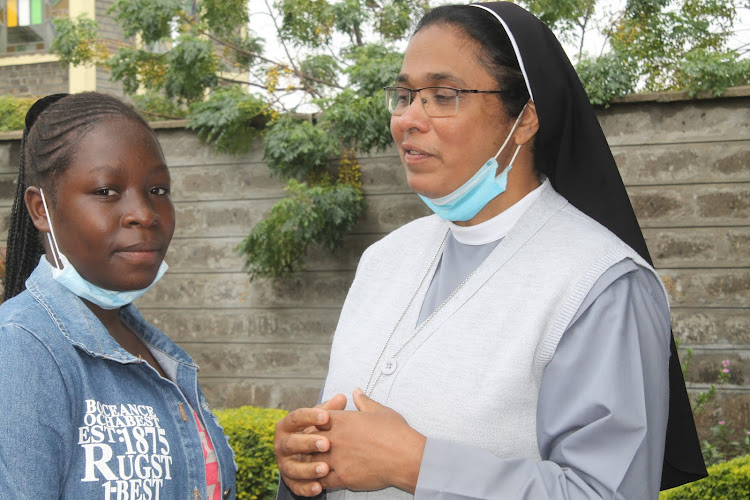 At the start of November 2016, Marion Ondisa felt she was adequately prepared to tackle her KCPE exam that was due to start in days.

Like her classmates, she had been revising and it was time to do the final touches.

However, Ondisa’s mother died and she became a total orphan.

She was determined to do well but she admits the death affected her results.

Ondisa scored 276 marks at Muslim Primary School in Nakuru county but had aimed at scoring 300 marks and above.

Today, Ondisa looks back and she feels satisfied with the struggle.

A Catholic nun and her aunt have been her greatest pillars.

“I had a lot of challenges but I managed to overcome most of them,” Ondisa said.

“I am a complete orphan from humble background having sat my KCPE when my mother’s body was in the mortuary.”

She spoke on Friday at Brigida Morello Girls Secondary School in Katani, Machakos.

The 18-year-old celebrated her KCSE results, saying she was satisfied.

“It was hard for me to join this school because it required a minimum of 300 marks but the Principal accepted me after she was told about my situation by my aunt who works here,” Ondisa said.

Her aunt Caroline Iregwa who is a cleaner would have half of her salary deducted to cater for Ondisa's fees during the four years in secondary school.

Teachers also sponsored Ondisa. Their contributions paid half of her school fees.

Iregwa said she took in the girl immediately after the mother died.

“I took her in after she completed her KCPE exam. I had a challenge with where to take her but since I work in this school, I spoke to the principal who understood our situation and agreed to admit her after an interview,” Iregwa said.

“Sister Sweta helped me to support the girl through her entire secondary education.”

Sweta is the Principal at Brigida Morello Girls Secondary School.

Iregwa said they were happy with the results but worried since they did not have University fees.

She called on well-wishers to come to their rescue stating she was burdened as she takes care of nine children; Ondisa, her four siblings and four of her own.

“I am the mother and father. I raised her from form one to four and I am still doing so. My half salary was being slashed to pay her fee, sister paid the rest,” Iregwa said.

Sister Sweta said though the girl was not the best in the KCSE results, they were proud of her.

“We appreciate Marion’s performance. The girl joined the school in 2017 from a humble background,” the principal said.

“Our assistance as sisters together with teachers have nurtured her to score the grade.”

Sweta said the school was established in 2009 and 2020 candidates were the school's ninth batch of KCSE.

She said they attained a mean score of C-(minus) of five points.

“We are happy that five of our girls out of 32 have qualified for the university,” Sweta said.

“Besides academics, we take care of the spiritual and moral aspects of our girls as a team for the betterment of our students.”

Sweta said they show the compassionate love of Jesus to needy students.

More students have been sponsored by the school through their education.

She said the girl joined the school as a timid girl but left as a head girl.

The principal said Iregwa has been working in the school since 2016. 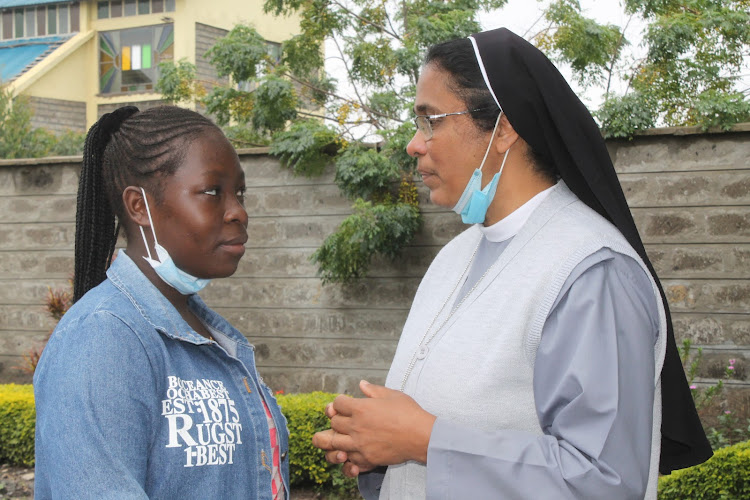 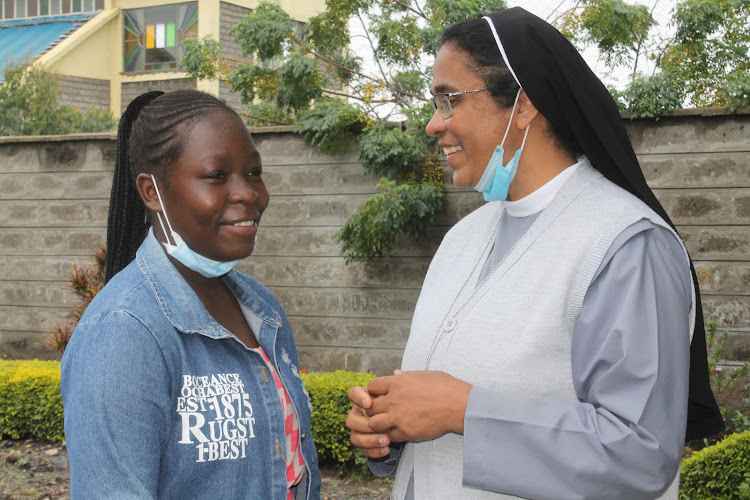 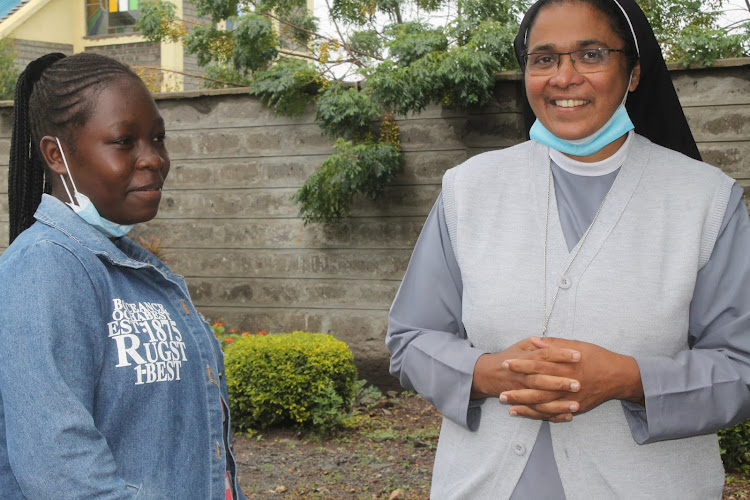 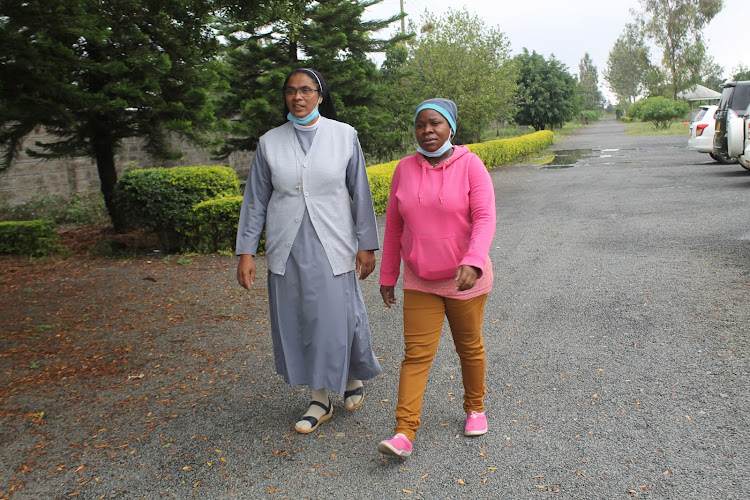 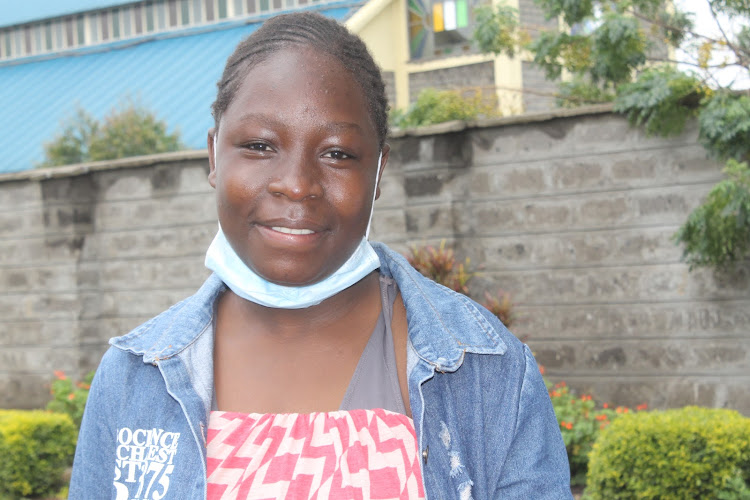