Conservatives cry foul, say decades-old traditions that have united the community are being eroded.

• The elaborate traditional process is slowly being abandoned, with some people feeling that the traditional method is outdated and only meant for the illiterate.

• And to keep abreast of the changes, some traditional circumcisers have also started programmes where they circumcise in sanitary conditions and ccommodate initiates until they heal. 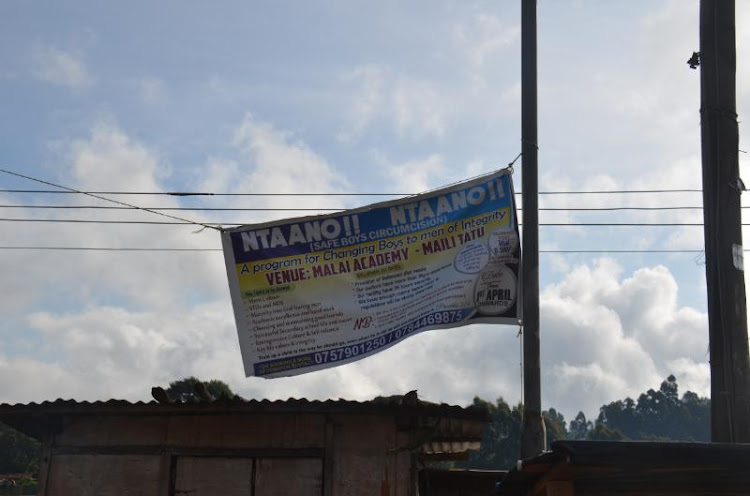 For many decades, young boys from the Meru community have been undergoing stringent traditional circumcision ceremonies that initiated them into adulthood.

The method of circumcision was almost similar for all the subtribes of the community and was conducted after about five years, marking the end of one age set and the beginning of a new one.

However, the period was reduced after introduction of education where the ceremony started being held yearly to enable boys finished  with their primary education to move on to the secondary level.

During the ceremonies, boys were supposed to seek blessings from their maternal uncles before they faced the cut.

Afterward, their mothers would prepare a traditional drink known as Marua (gruel made of fermented millet), which would be consumed by young men who usually spent the night prior to the big day celebrating with7899999999 traditional songs.

At about 5am, the boys set for circumcision would gather at a chosen point (Kigiri or Itiri as is referred to in Igembe) after which they would be led to a river.

At the river, the boys were immersed in water one after the other and the cold water would provide anaesthesia. They would then be taken back to the field where they faced the knife amid ululations.

The initiates would then be escorted to their homes by dancing men and mentors.

They were kept in seclusion for almost a month as they healed and it was at this time that they were taught life skills and cultural values.

That elaborate process is, however, slowly being abandoned, with some people feeling that the traditional method is outdated and only meant for the illiterate.

This notion has spread all over the community, with churches being at the forefront of introducing modern methods.

Every year after the end of KCPE exam, posters are seen all over in Meru and Tharaka Nithi counties, with churches and private clinics advertising circumcision services.

Many parents are preferring the modern hygienic method to the traditional one.

Medical circumcision costs just Sh8,000 and the boys are accommodated in a church or other facility for about two weeks until they heal.

In the traditional method, on the other hand, one pays Sh4,000 to the circumcisers and incurs upkeep expenses in excess of Sh15,000.

Conservatives are already blaming the church for eroding the decades-old traditions that have united the community.

Robert Kathata, a famous traditional circumciser from Igembe, told KNA the erosion of culture set in when modern circumcision began. He said most initiates are no longer taught cultural values that help them to respect their seniors and live honourable lives.

"It's rare to hear of a man who had undergone traditional circumcision misbehave as we are witnessing from those from the other side," Kathata said.

But Bishop Samuel Njagi of the Methodist Church of Kenya, Tharaka Synod, which has been at the forefront of hosting circumcision events, says things are slowly changing. He noted the small size and younger age at which children are completing primary education.

"We usually collect many boys and circumcise them at a little fee, reducing the burden on parents. They are left to cater for homecoming ceremony expenses only," Bishop Njagi said.

He added that they were also shortening the period, given that the shortened time between completion of exams and joining of Form 1.

"We are also instilling Christian values in our young boys as opposed to other traditional teachings that are sometimes not very helpful,” Njagi said.

And to keep abreast of the changes, some traditional circumcisers have also started coming up with programmes in which they circumcise and accommodate initiates until they heal.

Naftaly Baariu is one of the circumcisers who have heeded the pressure from the church and built a house at his home where he accommodates the initiates.

He has already circumcised about 600 boys and expects to cut more going forward. Baariu has also been circumcising some needy boys for free as part of his service to society.

"Sometimes we need to serve our society without expecting any pay. We would like county governments to start sponsoring such initiatives in future," he said.

Baariu, however, regretted that some circumcisers have resorted to witchcraft to secure market in the "lucrative circumcision business".