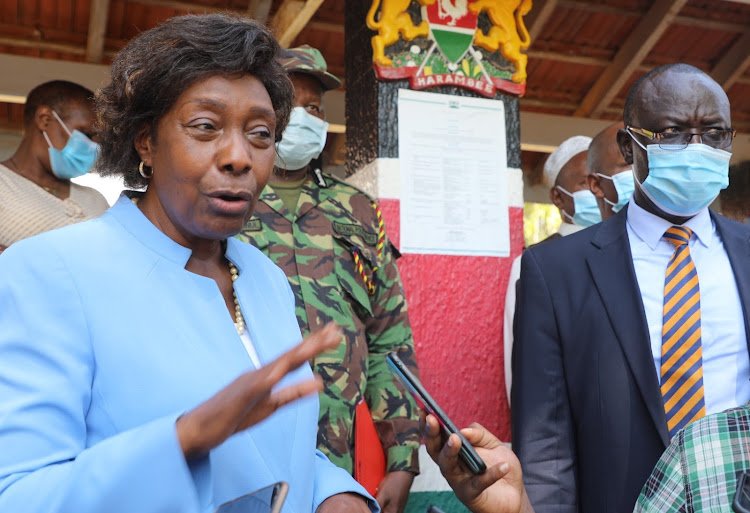 Kitui Governor Charity Ngilu risks civil jail for disobeying court orders directing her to put on hold the replacement of a chief officer in her administration late last year.

The Employment and Labour Relations court has directed that Ngilu alongside the County Secretary Joshua Chepchieng and one Everlyne Kasyoka to appear before it to explain why they should not be jailed for contempt of court.

Kasyoka was appointed the acting Chief Officer for environment and natural resources and in effect replaced Clement Munyithia who was the substantive holder of the position. Munyithia on October 9, 2020 filed a civil suit challenging the decision to replace him. The court then issued the exparte orders that were ignored.

As a result, Munyithia through lawyer Dickson Enonda of Enonda & Associates further filed a notice of motion on November 23, 2020 seeking the respondents and Kasyoka to be indicted for contempt o f court. Munyithia’s prayers were granted on March 9,2021.

In the October 9, 2020 main suit, the County government of Kitui, Chepchieng and Ngilu are named the first, Second and third respondents respectively. Kasyoka is named the second interested party. Other interested parties are the Kitui County Public Service Board and the County Assembly of Kitui.

According to suit papers seen by the Star, Lady Justice Monica Mbaru ruled that respondents and the second interested party were guilty of contempt of court. The judge thus directed that Ngilu, Chepchieng and Kasyoka appear before her to explain themselves before being sent to civil jail.

Judge Mburu in an open inter party session further ordered  that  the trio  shall  appear before the  court  on  a date  that shall be fixed later to show  cause  why  they  should  not  be committed to civil jail for that contempt.

Although a date has not yet been fixed for the contemners to appear before the court, lawyers for the petitioner and for the respondents Morris Kimuli will be going back to court this week to fix the date.