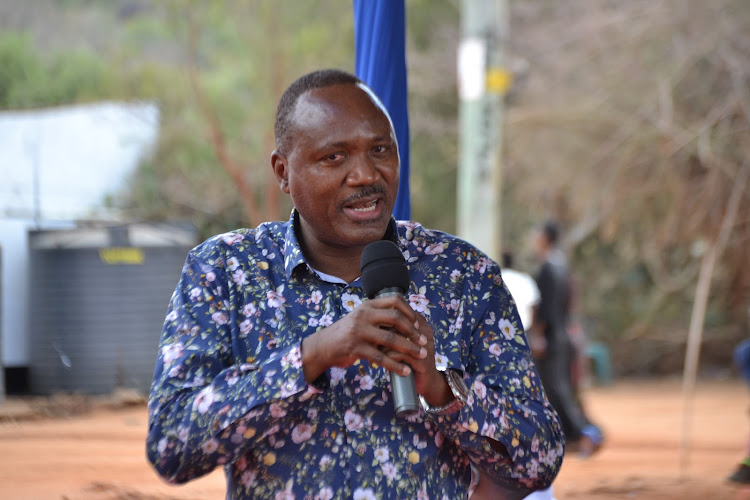 The duo alongside businessman Allan Sila of the Allan Sila Foundation and Mwingi West politician Charles Nguu have thrown their hats in the ring for the 2022 Kitui senatorial contest.

Just before the emergence of the third wave of Covid-19 that saw public, political and social gatherings banned, the four missed no opportunity to attend weddings, burial ceremonies and others social events across the county to popularise their bid.

On Monday, Mati said he was seeking Kitui county Senate leadership pledging to push for acceleration of development.  He said the county had lagged behind in infrastructure development because the current leaders were indifferent and did not know the right buttons to press.

“I have the right connections to ensure seamless flow of development in Kitui. I know the right buttons to press to open an avalanche of infrastructural development for our people. I can only do that effectively  if elected Senator,” said the lawyer on phone.

Mati said his reputation for support of development activities in Kitui even without the advantage of being an elected leader spoke for itself. He said in the past he had rejected resident's appeal to seek the Mwingi North MP seat but this time round he had agreed to the proposition to run for the Kitui senate seat.

He added that as an astute lawyer, who is gifted oratory skills that have seen him win many cases in courts of law,  he would leverage on the talent to debate and push for legislations that would see Kenyans, particularly people of Kitui, enjoy unparalleled development.

Mutukaa on the other hand said he is seeking to fill the oversight gap which has seen development projects in Kitui carried out in a haphazard manner thus not ensuring value for money. He said due to poor oversight, the County Integrated Development Programme that guides budgeting had in some cases been illegally ignored.

He said his decision to run for the senate seat had been pushed by pleas by the delegations of Kitui people who have been visint him urging him to vie.

Efforts to reach  Senator Wambua for his comment over the aspirants plans to dislodge him were futile as  he did  not answer  calls neither did he respond to  messages sent to him via WhatsApp.

However, despite the threat to his seat, Wambua does not appear to be worried and whenever he publicly spoke about the 2022 poll in the past, he has cautioning against premature campaigns.

He has always urged aspirants to hold their horses as no seat is vacant until when IEBC declares the 2022 electioneering time.