They said being charged double for the same facilities is ruining their ventures.

• They said owing to these difficulties, they have decided to form a welfare association to look for solutions to their challenges.

• They said they want to engage the county government in negotiations to see whether it can stop charging for single business permits. 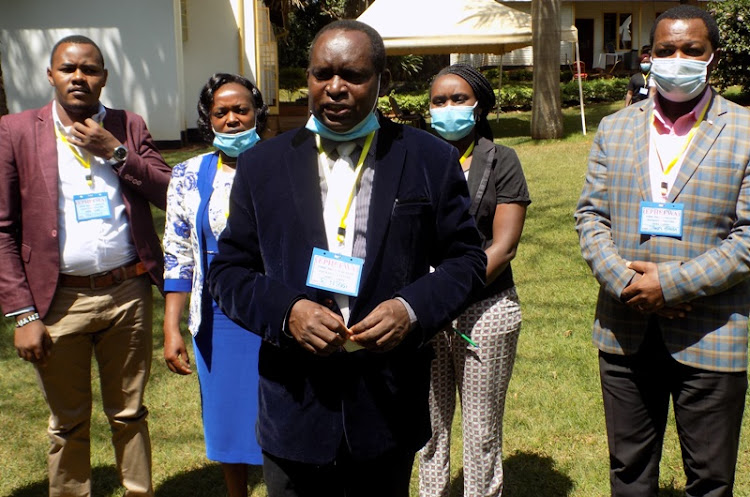 Owners of private hospitals in Embu have complained of double charges by the national and county governments.

Private hospital owners in Embu Robert Njagi, Eucebia Wawira, Muriithi Gakeni, and Antony Nderu said the fragmented nature of levies was unsuitable. They pay about Sh10,000 annually for operating pharmacies, Sh30,000 for a nursing home, Sh40,000 for a laboratory, Sh15,000 for a 15-bed hospital, among others.

The county government also demands that they pay single business permits for their institutions and facilities.

They said being charged by both state and county is ruining their ventures. All the charges should be consolidated so hospital owners do not pay different fees for each of the amenities, they proposed.

“Running a hospital has become the most expensive venture owing to these double taxations. We operate under very trying and frustrating times, yet we complement government services,” Njagi said.

They have decided to form a welfare association to look for solutions to their challenges.

The group spoke when they met to launch the proposed Embu Private Health Facilities’ Welfare Association.

They said they want to engage the county government to see whether it can stop charging for single business permits.

Their hospitals also incur huge losses treating people who are unable to pay bills. Regulations require that a hospital should treat a patient first and then demand for money later, they said.

The health proprietors urged the county to set aside funds to help foot expenses incurred after such cases.

They also called for the resumption of medical insurance for the elderly, which they said had stopped.

Embu county secretary Jason Nyaga said single business permit payments were under county laws. He promised to negotiate with the hospital owners over their grievances to find a lasting solution.

He hailed the hospitals for the complementary services they offer to residents.