Say if it fails they would have been denied a chance to get government funds to cushion them. 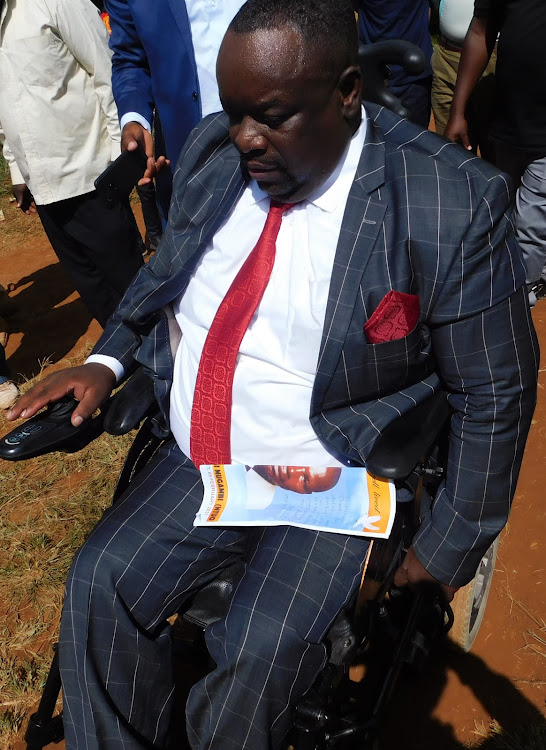 Persons living with disabiliy in Meru want the 2022 succession politics to be separated from the Building Bridges Initiative.

Chairman Mike Makarina told the Star on Wednesday that Deputy President William Ruto has nothing to lose if BBI is voted against by Kenyans. Instead, PWDs would have been denied a chance to get government funds to cushion them.

He said BBI has highlighted their plight, which they have been fighting for, to be included in the Constitution.

“We are chased in offices. Some have stairs we cannot climb and when we demand money to cater for differently abled people we are branded international beggars. We have seen the light in this BBI because it will set aside funds to be channelled to PWDs account like it is to NG-CDF,” Makarina said.

He appealed to Meru MPs to hold sensitisation campaigns to enlighten locals on the benefits of the Constitution (Amendment) Bill, 2020 that is before the county assemblies for passing or rejection.

“Mwaura and Sankok are antagonists of PWDs prosperity because they are fighting for DP Ruto as if he is a disabled person. They hold those positions to champion the rights and benefits to albinos and PWDs. BBI is not about 2022 general elections. We are moving to the ground to marshal mwananchi's support,” Makarina said.

But countering Makarina’s sentiments, Buuri MP Mugambi Rindikiri said he would never deceive his electorate that they have a stake in the BBI unless the constituency was being split into two.

He said the main failure of the BBI crusaders is that they are out of touch with mwananchi and the BBI report is debated on TV and newspapers but not spearheaded to the grassroots.