She joined Form 1 while a mother of five, 17 years after her KCPE. 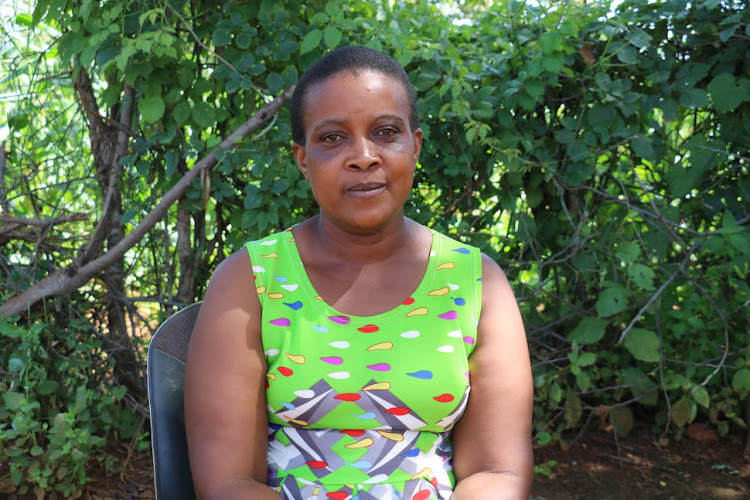 Holding her admission letter to Jomo Kenyatta University of Agriculture and Technology, Florence Muia, a mother of seven, could hardly hide her joy.

The 35-year-old scored a C+ last year through sheer hard work. Muia has been married for 20 years.

When the universities reopen she will be happy to join classmates barely out of their teens at Jkuat’s School of Communication and Development Studies for a Bachelor of Science degree in public management and development.

This is a dream come true for Muia. It is what she sought to achieve when in 2016 she joined Form 1 at Nzulini Secondary School near her home, 17 years after sitting for her KCPE in 1999.

By that time she had five children.

Muia posted an impressive score of 483 out of 700 marks in KCPE and was admitted to Kimangao Secondary School in Kyuso subcounty of Mwingi North.

Her dream of joining secondary school was, however, dashed when it became clear her poor mother could not raise the fees.

Disappointed, Muia fled home and got married to a mason. “I had no choice,” she said. But her desire to join school was still strong.

With the support of her husband she joined Form 1 in 2016. Then lady luck smiled on her the following year when Kitui Woman Representative Irene Kasalu learnt of her plight and offered to sponsor her secondary education through National Government Affirmative Action Fund.

“This gave me a reprieve. I no longer worried about school fees and this made me focus on studies,” Muia said.

“I would wake up very early to prepare my children for school before hitting the road to my day school. My husband was very supportive.”

Due to her good performance and maturity, she was made the school head girl.

Muia said she was focused and not even the odd looks of people in her villagers would distract her.

Last year, she scored a mean grade of C+ (52 points), earning a place at university as a government-sponsored student.

In addition, the office of the woman rep has again offered to sponsor Muia fully for the university education.

"She is our product and we have seen great potential in her. That is why we have committed to giving her full sponsorship instead of bursaries to achieve her education dreams,” said Ben Kilonzo, the county manager at the woman rep's office.

Kilonzo said Muia was one of 200 students drawn from the county who have been offered full sponsorship through NGAAF.

“I am thrilled. I want to be a role model for my children who are still in school. I believe education is the only thing that will change my family’s fortunes. It is the reason why I am giving it my all,” delighted Muia said.

Her firstborn is a Form 1 student while the last born is in Grade 1.