Tarmacking of the 10.5 kilometre road started two years ago

•Kathuri thanked his constituents for keeping him on toes and being patient even after the delays of the project. 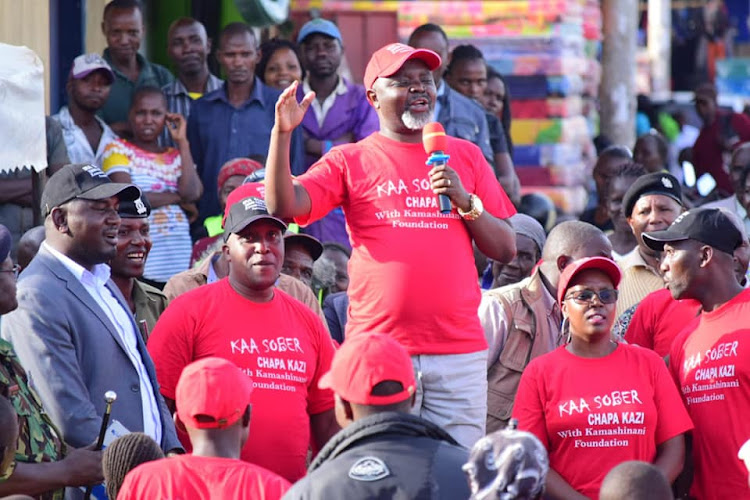 The MP sub-contracted the road to another contractor to complete the road before the campaign period starts.

Kathuri said tarmacking of the 10.5 kilometer road started two years ago and was to end January this year but the contractor has constructed 2.6 kilometers only.

“I am tired of attacks on social media over delays of this road. The Presidential Delivery Unit expressed dissatisfaction with the work done so far and they will be on site next week. We had a hard time to convince the contractor awarded this road to finish the job quickly. We are impressed by the new developments and the sub contracted engineers have assured to finish the road in the next eight months,” Kathuri said.

Kathuri thanked his constituents for keeping him on toes and being patient even after the delays of the project.

“I thank residents for being patients and understanding. I expect that at least 70 per cent of construction labour will come from the local community. We ask you to pick agents who know the villagers along the road. We do not want to see a situation where contractor agents recruiting people from far away for labor which they can get here,” the MP said.

Kathuri said he will ensure the road is motorable before tarmacking so that residents can get access to the markets, trading centers, hospitals and other areas of demand.