Landless shoe shiner says he has been hit by the coronavirus pandemic. 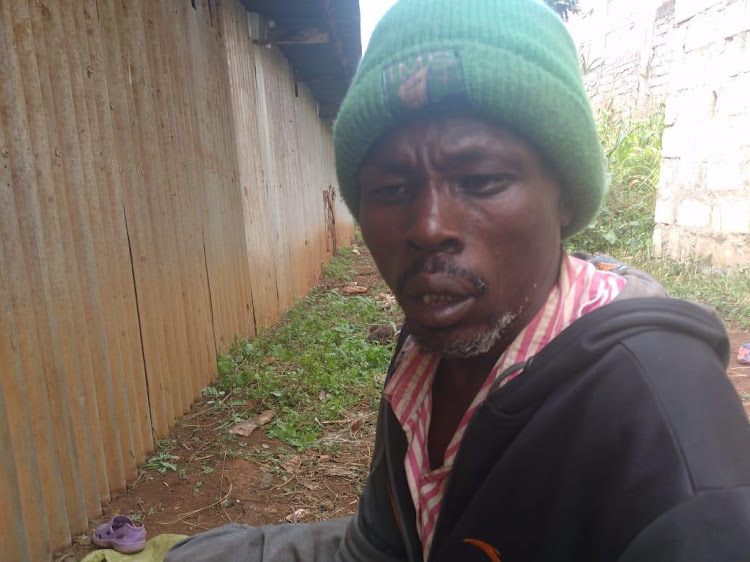 A Meru man living in the cold with his son aged two has appealed to county and national governments for shelter and food.

Julius Karani, 52, says he is living on borrowed time after being evicted by his landlord for failure to pay rent.

“It is not my wish to live in the cold with my son. The coronavirus disease impact has seen me evicted from our rental house. I humbly ask Governor Kiraitu Murungi, the national government and well wishers to find me shelter for my son, if not the two of us. "

He added: "My father sold our land before his demise and I was depending on manual jobs, shoe shining and jua kali within Meru town. I feed him what I get from passersby. I cannot leave him alone.”

Karani, a casual laborer who hails from Kiirua within Meru county, says his life and that of his son are in danger due to hunger and lack of clean water to drink as they live in a risky valley where thieves attack residents.

He said he left his wife after she turned violent against their only son and was unfaithful.

“My wife has never been supportive but rather quarrelsome, brutal and abusive and used to come with other men in my house. I decided instead of getting angry and causing her harm I should leave her alone. My son may help me, the community and even the government in future, and so he is not a baggage,” Karani said.

Pastor Peter Kirimi of Maranatha Pioneer Ministries Church where Karani lives says it is disheartening to see a child subjected to such hardship.

“I feel pity for the child and him. This is not a place for child to live. I urge our leaders to assist,” Kirimi said.