Ex-MP Lekuton to pay MCA Sh600,000 for calling her malaya

Offence was committed on May 16, 2015 at a public function in Marsabit 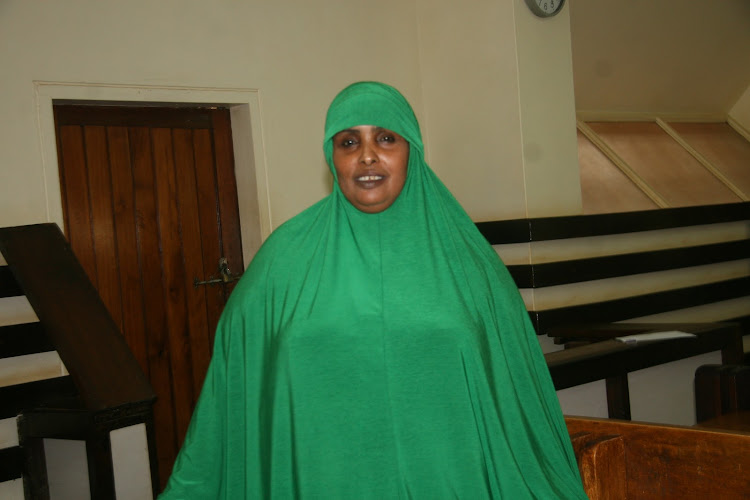 Former Laisamis MP Joseph Lekuton has been ordered to pay Sh600,000 to Marsabit MCA Zamzam Hussein Arigele for calling her a prostitute.

Lekuton was found guilty of a defamatory charge by a Meru court.

The former lawmaker was accused of calling the second-term nominated MCA a prostitute at a public function officiated by then Marsabit Governor Ukur Yatani (now Treasury CS) on May 16, 2015.

Lekuton is said to have asked in Samburu dialect ‘inyoo eesita malayi tene (what is this prostitute doing here?) in an apparent reference to Arigele.

The MCA sued Lekuton and told the court the MP insulted her while she was preparing a group of 50 women to present gifts to the guests invited to the function.

“In regards to the apology sought, due to passage of time, I don’t think the same will suffice at this point. In any event, the plaintiff had not made any demand before coming to court. I would have awarded Sh200,000 in lieu of apology," Mabeya said.

“I was injured both as a woman and a leader in a highly conservative pastoralist community and suffered considerable distress and embarrassment and my reputation lowered. Despite reporting the matter to Laisamis police station, Federation of Women Lawyers, CID and the Ethics and Anti-Corruption Commission, they never took any action,” Arigele told the court.

Lekuton denied the allegations and filed a counterclaim for damages against the MCA claiming the MCA called him a prostitute.

He claimed the MCA said “wewe ni malaya na huwa unalala na bibi wa watu (you are prostitute and you sleep with other people’ wives).

He also sought for an unconditional apology, general exemplary and aggravated damages and costs of suit, a request the court rejected.

The court faulted the former MP for filing the counterclaim after one year which was out of the statutory period for doing so.

The counterclaim was dismissed with costs.

Lekuton said he only greeted the women during the function in Samburu language.

He said the plaintiff’s actions were pure political theatrics meant to discredit him as MP for Laisamis.

The court held that the testimonies of six witnesses were believable while dismissing the defendant’s saying their version seemed to have been rehearsed to paint the MCA in the wrong.

“I hold that the defendant did utter the words complained of. That the said words were defamatory and they referred to the plaintiff. Accordingly, the plaintiff did on a balance of scale prove her case against the defendant,’’ Mabeya ruled.

The general damages will attract interest from January 30 and thereafter the total sum will accumulate interest from the date of judgment until the MCA is paid in full.