Police say there were no identification documents on body

• Body was discovered by a passerby who reported to police. 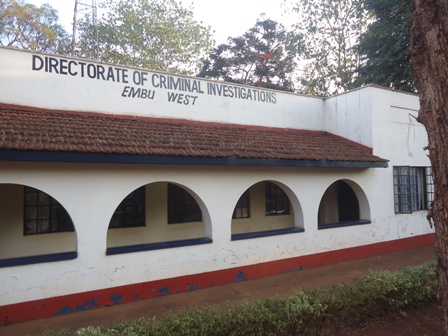 A woman's body was recovered from a  river in Embu Town on Sunday morning by a passerby who informed the police.

Embu West subcounty Director of Criminal Investigation Michael Kimilu said the body found in Kathita River near Koimogi Estate did not have any identification documents.

He said a person who was walking near the river bumped into the body and informed Embu police station.

The DCI said they suspected she could have been murdered.

Kimilu said that so far, there have been no reports of a missing person.

He called on anybody whose family member is missing to report to Embu police station or any other station.

Kimilu said the body was removed to the Embu Level 5 Teaching and Referral Hospital’s mortuary.

Scores of people thronged the scene to see the body to establish whether they recognised it.