Twelve newly wedded couple's were taken to Mombasa and Malindi

• The couples exchanged vows in a well-attended function by residents all over county and congregants from the denomination. 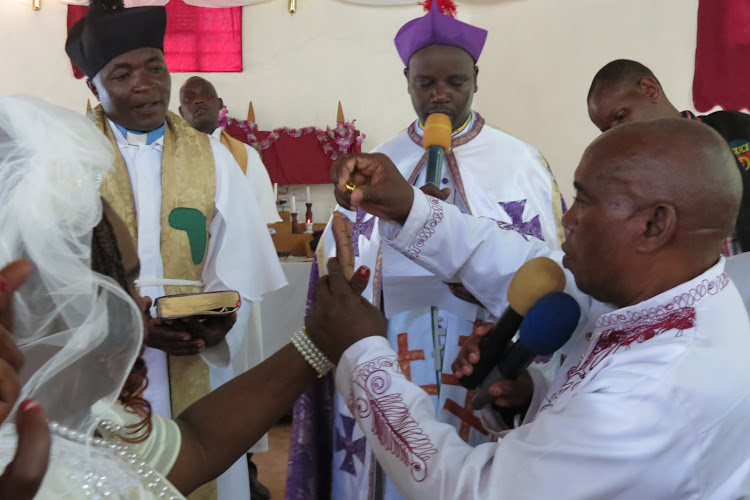 A Church in Meru town has settled all bills for 12 couples who held a mass wedding on Sunday on Sunday.

African Independent Pentecostal Church of Africa in Meru is celebrating the twelve couples by taking them to Mombasa and Malindi for honeymoon as a way of giving back to the community and entrenching a culture of renewing their love and tolerance in marriages.

The couples are youths aged between 25 to 38 years.

The couples exchanged vows in a well-attended function by residents all over county and congregants from the denomination.

AIPCA St. Francisco Kianjuri Church Arch Deacon Moses Kimathi who presided over the weddings said they organised for the mass ceremony to appreciate their membership when they are alive instead of buying them coffins when they are lifeless.

He said the decision was to cut costs associated with big weddings to an individual as many youths wanted to exchange vows in Church but money is a problem.