BOARD MEMBERS SWORN IN

Kiraitu added that his administration is composed of so many staff who are above 40 years.

• Deputy governor Titus Ntuchiu said the only way to achieve the vision and agenda of the governor is through a committed staff. 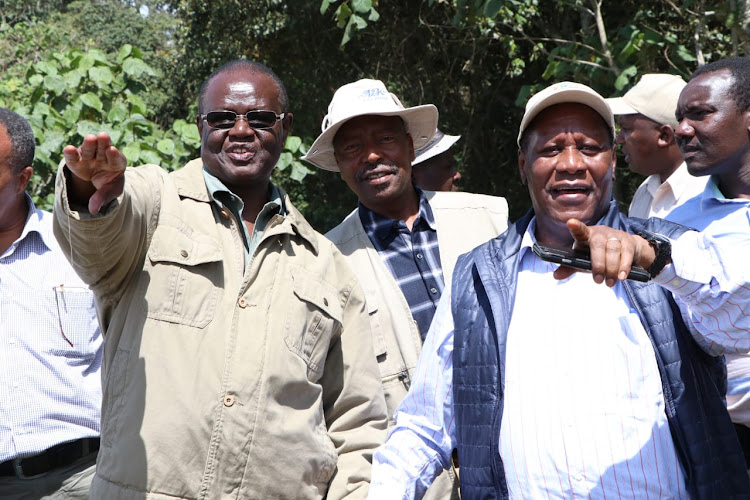 Meru governor Kiraitu Murungi has given strict instructions to the newly-formed Meru Public Service Board members to take charge and dismiss unproductive workers.

Kiraitu warned the CPSB to take stern action against staff members who are lazy, attend to work late, those stealing drugs from hospitals and any other indisciplined staff.

“You start your work immediately. We want committed and energetic civil servants. We will never tolerate corruption and inefficiency civil servants. Be tough when it comes to discipline. Be active and take action as soon as possible to any indiscipline staff," Kiraitu said at the county headquarters.

"There are so many issues awaiting you, we have a backlog, contracts not renewed, some need promotions, some staff come to work late, some have indiscipline cases and some steal hospital drugs.”

He asked the CPSB to strategise on a succession work plan in the government by recruiting young professionals to replace aging or retiring staff.

Deputy governor Titus Ntuchiu said the only way to achieve the vision and agenda of the governor is through a committed staff.

“The exercise to recruit new CPSB was rigorous, of intense lobbying and pressure but the best candidates won. Let get staff support for us to carry on the dream and drive to make Meru great,” Ntuchiu said.

“We must put the right skills to the right department. Ours is teamwork. Those not working should go home. We don’t want cartels in government,” he said.

Kiraitu added that his administration is composed of so many staff who are above 40 years.

He said the new board members should improve staff welfare and have a continued motivation.

“It is the board’s responsibility to make servants happy and cater to their welfare. When people retire, let’s not replace them with old people but recruit young qualified staff. This will help a succession planning for government,” Kiraitu said.