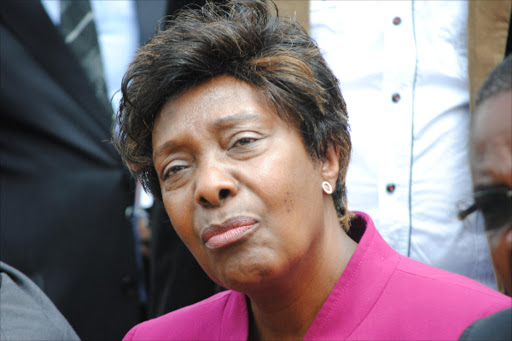 The Kitui County Textile Centre will begin making uniforms for chiefs and assistant chiefs next week.

The governor presented sample materials for the uniforms and other garments made at the factory to Gambow, uniforms quartermaster Boniface Kamau and master tailor Omwenga Nyakundi.

They were satisfied with the quality of the samples and gave the greenlight for production to begin.

President Uhuru Kenyatta on April 2 directed that the administrators’ uniforms be made at the textile centre.

He gave the order when he launch of Huduma Namba registration at Masii in Machakos. Interior Cabinet Secretary Fred Matiang'i has already visited the factory.

Mwalimu said the centre has 320 tailors. The number will be increased to 600 after the contracts are concluded.

Kicotec is expected to make 10,000 pairs of operational and ceremonial uniforms for chiefs before July. Kenya has 3, 256 chiefs and 8,500 assistant chiefs.

Mwalimu said following the President's order, more jobs will be created in Kitui along the value addition chain, revenue and the residents' income will increase.

"There will be more jobs for people making the uniforms. The manufacturing sector will be expanded to meet the demand.

“The Sh2.5 billion used on police and military uniforms, among other government uniforms, will is now going to local manufacturers. Our county is among the key beneficiaries.”