• NRT supports wildlife conservation efforts with a presence in 14 counties. 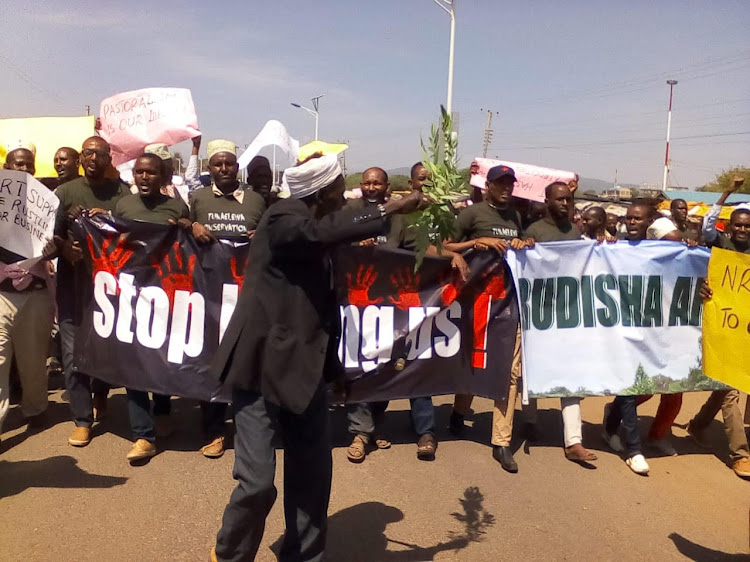 Isiolo residents want the county assembly and the governor’s office to ban all activities by the Northern Rangelands Trust in Chari ward and the entire county.

Hundreds residents on Friday held demonstrations in the town. They urged the county assembly to come up with laws to govern private wildlife conservation within the county.

They demanded the cancellation of any deal entered between the former Isiolo County Council and the Northern Rangelands Trust so a ban on its activities can be effected. Their petition was received by county secretary Ahmed Galgalo on behalf of the governor.

NRT is an organisation that supports wildlife conservation efforts. It has presence in 14 counties and supports 39 community conservancies.

The protesters accused the organisation of unfairness in distribution of resources among conservancies managed by various communities.

Chari ward resident Osman Dima claimed the organisation has been exploiting the community land, while giving more support to rival pastoralist communities. He said the rival communities later raid and steal their livestock, killing some people in the process. The ward hosts Biliqo Bulesa Conservancy.

The protesters said 68 people have been killed in incidents related to the organisation’s activities in the area. The latest incident happened two weeks ago in Quro Bisan Owo.

The deceased was killed by herders from the neighbouring Samburu county amid calls from the organisation management for pastoralist communities to help each other by sharing the remaining pasture in the region. It has not rained in the area for months, leading to an acute shortage of water and pasture.

Human rights activist Al Amin Kimathi, who took part in the protests, said  investigation done by Movement for Errant Natives and supported by the Borana Council of elders and Waso Professionals forum, show Chari has suffered  atrocities allegedly facilitated by the NRT.

The organisation started its operations in the area 13 years ago after obtaining authority from the former Isiolo County Council.

Kimathi said residents feel cheated in regard to their association with NRT for the last 13 years. He said the disadvantages far outweigh the benefits. The benefits to the community include employment of a few people and bursaries for needy students.

Kimathi said the native community is pastoralist in nature and the move to block them from assessing a huge section of their land in the name of wildlife conservation is an abuse to the community’s right to use their land, especially during the drought. Kimathi also took issue with the training imparted to the conservancy rangers and scouts. He said it is dangerous to allow the organisation to continue engaging foreign security agencies to train the rangers and scouts.

He said with security being firmly under the national government, all trained and armed personnel ought to receive commands from the county police commander and the area police boss, not the NRT management or its owner, who is a foreigner.

Kimathi said only the Kenya Police Service should be accorded the duty, to ensure such training is not harmful to the community and the national security in the long run.