- Surge in rape, defilement and incest cases, many committed by fathers against their daughters.

- According to a recent study, an overview of defilement cases, Kitui county is second after Kisii 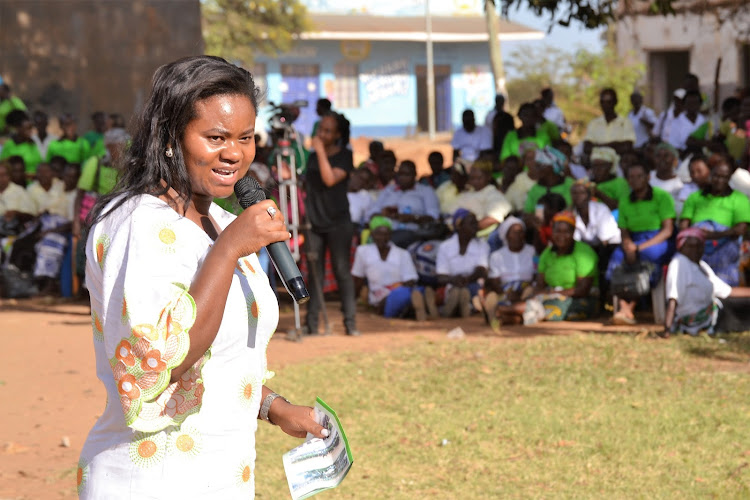 Sex predators who victimise their daughters, other children and women should have their manhood chopped off, Kitui Woman Representative Irene Kasalu has said.

Leaders in Kitui have expressed alarm over the surge in defilement and rape cases. Some involve fathers who prey on their daughters and other girls.

“We have shocking statistics where children as young as two years have been defiled. This is purely the result of drug abuse,” Kasalu said on Friday.

According to a recent study, an overview of defilement cases, Kitui county is second after Kisii, Kasalu said.

“These sexual offences are not only ruining the lives of young girls but also giving our community and county a bad name. That is why I’m advocating for the removal of the manhood of the culprits.”

Kasalu spoke at Wikililye market during International Women’s Day. During the ceremony, she presented cheques worth Sh50,000 to three women's groups from her National Government Affirmative Action Fund kitty.

“Those who connive to hide cases of defilement and rape will face punishment. Parents must reject offers of goats and other gifts to protect culprits who defile their daughters,” Mwijuma said.

Every month, at least two defilements are reported in her sub county, she said, calling it a sign of moral decay.

On Thursday in Ikutha, deputy county commissioner Jackton Orieny said more and more fathers are committing incest. He said the culprits threaten their daughters with death if they report the crime.

“We were recently pursuing a father who defiled and impregnated his daughter in Athi, but as we closed upon him, he committed suicide, ” Orieny said.

Orieny urged girls to be cautious and resist advances by their fathers and relatives. “Girls should be able to read the tell-tale signs and keep off from would-be defilers,” Orieny said.

He was the chief guest during the handing over of the Sh12.4 million rehabilitated Wiitu Primary School. It was financed by the Welthungerhilfe NGO under the sponsorship of Juergen Hoeller Foundation in Germany.