The county government wants to get at least 25 per cent of the more than Sh60 billion collected annually from park.

• IGRTC vice chairperson Saadia Abdi said on Tuesday they intend to resolve the dispute between the county and the national government within six months.

• The grievances presented to the IGRTC team range from revenue sharing to human-wildlife conflict. 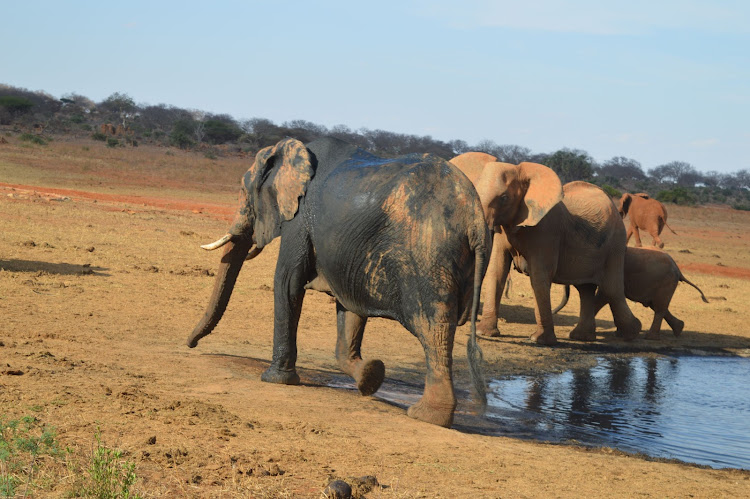 Taita Taveta county will soon start benefiting from the Tsavo National Park if the Ministry of Tourism and Wildlife agrees to the devolved unit’s demands.

The Intergovernmental Relations Technical Committee is in the county to meet local leaders to find an amicable solution as the devolved unit seeks to benefit from the expansive conservancy.

The team started a three-day fact-finding mission in the county before holding reconciliation talks between the two parties.

The county government has intensified its push to get at least 25 per cent of the more than Sh60 billion collected annually from Tsavo East and West national parks.

The two parks are arguably Kenya’s largest and oldest protected area, occupying at least 60 per cent of the county.

IGRTC vice chairperson Saadia Abdi said on Tuesday they intend to resolve the dispute between the county and the national government within six months, through deliberations that bring together all involved parties.

She spoke during a meeting with Deputy Governor Christine Kilalo at her Mwatate office.

"The county has given us full support and commitment to resolving this dispute. We have agreed to come up with a technical team that will be sitting in the mediation process. We have agreed on a timeframe of a maximum of six months," Abdi said.

She was accompanied by members of the committee, including Linet Mavu, John Kimwela, John Burugu and Angeline Hongo, among other officials.

Abdi said they are seeking collaboration and support from the county leadership to find a lasting solution in a harmonious manner.

Deputy Governor Kilalo expressed hope of getting a lasting solution within the agreed timelines.

She said county leaders are strategising on resolving land issues dating back decades.

The grievances presented to the IGRTC team range from revenue sharing to human-wildlife conflict.

Most parts of the county have experienced perennial human-wildlife conflict resulting in deaths, destruction of property and injuries.

"We have a lot of issues that need to be addressed including revenue sharing, mining in the park, employment by KWS, human-wildlife conflict, among others,” Kilalo said.

She said the county government is documenting all issues that will be captured in a memorandum of understanding to be signed between the devolved unit and the national government.

“The park occupies a large chunk of land, yet the locals do not benefit. Many people have been rendered destitute as a result of unending human-wildlife conflicts,” Kilalo lamented.

To benefit residents, county leaders have also been pushing for the Kenya Wildlife Service to be compelled to set aside at least 40 per cent of game ranger vacancies for locals.

He said county leaders are proposing setting aside part of the park for community conservation. They also want part of the Tsavo land set aside for mining by the county.

Other proposed activities for county revenue creation include trade in carbon credit and other forms of enterprise within the ambit of the wildlife economy.

“These concessions, if achieved, will form a creative and innovative way of raising adequate funds to develop infrastructure such as electric fences to keep wild animals at bay,” he said.

The county has for years been pushing for the park to be converted to a game reserve and its management handed over to the devolved unit.

The move has, however, been met with a dilemma on how revenue would be divided among the counties bordering Tsavo National Park if it is converted into a game reserve.

Apart from Taita Taveta, the park also borders Kitui, Makueni, Kilifi, Kwale, Tana River and Kajiado counties. Almost all the seven counties have rooted for a slice of the park.

Leaders want part of Tsavo land set aside for mining by the county.
Counties
1 month ago
Post a comment
WATCH: The latest videos from the Star
by SOLOMON MUINGI
Coast
16 November 2022 - 22:00
Read The E-Paper