20,000 learners to benefit from Food For Education program in Mombasa

•Food for Education is a program which targets public schools and so far there are eight Kitchens in five counties.

•The counties include Nairobi, Kiambu, Muranga, Kisumu and Mombasa. 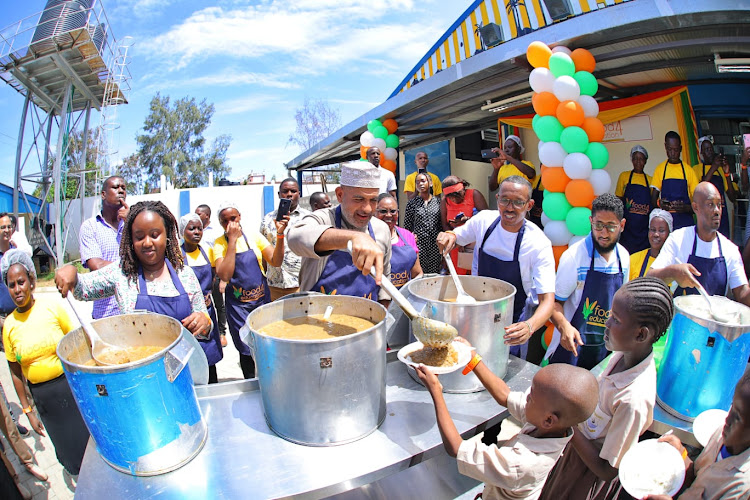 At least 20,000 school-going children will benefit from the Food For Education (FFE) program which was on Friday launched in Nyali sub-county, Mombasa County.

Food for Education is a program which targets public schools and so far there are eight Kitchens in five counties.

The counties include Nairobi, Kiambu, Muranga, Kisumu and Mombasa.

Speaking during the official opening of a 100 million shillings kitchen at Pwani School of mentally challenged children, Wawera Njeru, the Chief Executive Officer of the FFE program, a non-governmental initiative, said that Mombasa has the largest kitchen which is providing food across Nyali and Kisauni sub-counties.

She said that this is the first modern cooking technology in Kenya which cooks faster, better and cleaner without damaging the environment and having effects on workers.

“This technology ensures that meals are produced in a very energy-efficient way and in Kenya, we are providing food every day to 93,000 children. We are feeding 75,000 with food and 18,000 in Murang'a who are being given porridge,” she said. 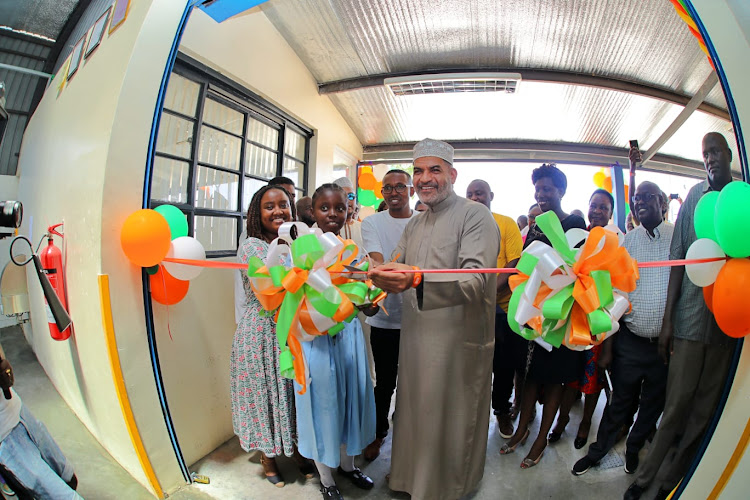 She said that the Kitchen cooks food within the shortest time.

“We are hoping to work with Mombasa county to continue scaling school feeding programs because we are looking forward to working with more schools to ensure children get nutritious food, grow and also stay in school,” she said.

“It is very hard for children to learn when hungry therefore it is important that all learners in Kenya get food,” she said.

The food for education program started in the Ruiru constituency in Kiambu County where Njeru grew up.

Njeru was inspired to start the program while still at a university in Australia where she was studying food nutrition and food sciences.

“It is important for children to have access to meals. We would like to take the project in all sub-counties across the 47 counties therefore there is a need for government to come in and help because we do not have the ability to feed children in the whole country,” she said.

“The national and county governments should work with partners so that more children get food.” 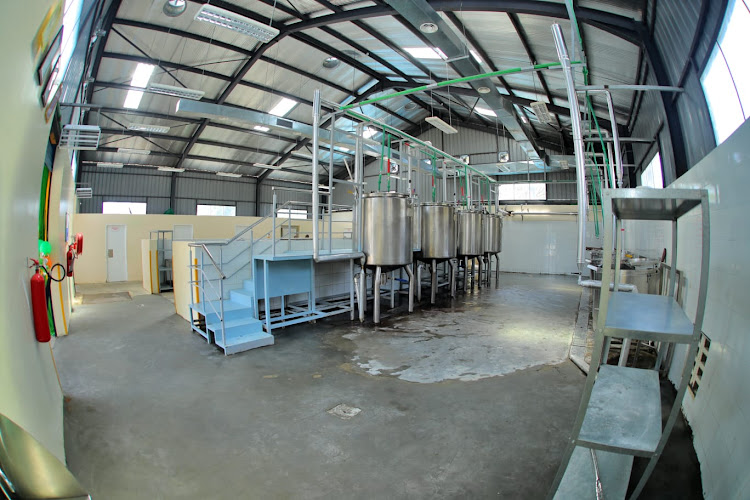 Inside the 100 million shillings kitchen bult by Food for Education program at Pwani school for childewn who are physically challenged
Image: Aura Ruth

Njeru said that parents pay a subsidized price of 15 shillings instead of 30 shillings because they want to ensure that their children afford the food.

The transaction of the 15 shillings is done through ‘Tap to Eat’ a system which makes the payment easier for the parents.

Tap to Eat is a cashless system where payments are made through a Mpesa pay bill and then the cash goes to the E-wallet to enable children to just tap the wristwatch and get food.

Florence Musalia who represented the director for basic education said that for children to manage basic education, there are two main players which include learners being healthy and getting food, something which FFE has contributed to.

“When children are healthy and able to get food, it directly contributes to our indicators to our basic education which includes increased enrollment, retention, completion and transition from one level to another,” she said.

She called upon parents and the government to take the program seriously, saying that if children do not have food, they cannot concentrate in class.

“There is famine all over the country therefore it is good for us to be patient but if you can contribute to that large extent, it will be important for us.

She said that the ministry of education is committed to giving learners food in the country as this has been domiciled in the directorate of primary education.

“I want to assure you that the government has continually given a budget towards this and as of now we are feeding 2.5 million learners in the country. We also have development partners including Food for Education who are contributing to a large level,” she said.

Mombasa county governor Abdulswamad Nassir said that the county is committed and is ready to partner with FFE as a privately initiated proposal.

“The parents have been told to pay 15 shillings but for us, as a county, we are committing to support ECD children in all schools which are under the FFE program,” he said.

He said that the revenue will come from the finance bill which will create its own source of revenue.

“We are going to commit that the single business permit that we are going to collect from the private schools, universities and colleges and the ones collected from Miraa business, the money should be allocated in educating and feeding our children,” he said.

Nyali sub-county Member of Parliament Mohamed Ali said that he got interested in introducing the Tap to Eat system in his area after interacting and visiting the programs being done with the FEE program and after getting high demand during the piloting project.

“We said that we will invest in education and that is what we are doing, by the end of this term, I believe we will be far as we work together with our governor,” he said.