The state rolled out 16 projects in phase two to reduce poverty by enhancing agricultural productivity, income and food security in the region.

As some parts of the country experience drought, families in Tana River county continue to flee their homes in search of food and water. https://bit.ly/3LZi8qm As some parts of the country experience drought, families in Tana River county continue to flee their homes in search of food and water.

According to the National Drought Management Authority, the county is currently at an alarming phase, where more than 92,000 people are in dire need.

This has led to an increased number of learners dropping out of school as they migrate with their parents.

Idriss Guyo, a senior chief in the Chifiri, Woye ward, Galole constituency said high absence of learners has been reported in schools since the beginning of the third term because most students did not report back.

“There is a big problem because children have dropped out of school due to drought, when schools opened we visited some and found a low number of learners because only a few reported back,” he said.

He said the drought this year is high due to the lack of enough rains in the last two seasons.

However, residents blame the drought and high food prices for the high school dropouts but still believe that the Sh300 million Small Irrigation and Value Addition Project (Sivap) in the county will reduce migrations and create job opportunities.

Chief Guyo said people have been moving to Bura since last week but he has held meetings to inform them that children need to be in school.

“At the moment people migrate easily with their children and livestock because they don't have work to do, therefore we are calling upon those involved in the Sivap projects to speed up so that job opportunities can be created for the people,” he said,

Walu Shongolo, a Chifiri resident said they are forced to move to Bura which is 24km away in search of water which they buy at Sh100 for a 20-litre jerrican.

“We really need the government to help us with water, we have a few lucky people who own motorcycles and donkeys which they use to go look for water but many can't access such modes of transportation,” he said.

“People including women are suffering therefore if there is any way of helping us then the government should do that."

Parents have been urged not to be in a hurry to leave their homes to keep children in school because the government is coming to their rescue.

The Ministry of Agriculture initiated the Sivap project which is now at phase two of its implementation. It will involve the construction of three water pans in Mkomani, Nkozi and Mpongwe villages.

Drilling and equipping eight boreholes, fencing and reseeding pasture grounds will also be done in Chifiri and Hakoka.

The programme was rolled out to reduce poverty by enhancing agricultural productivity, income and food security in the region. 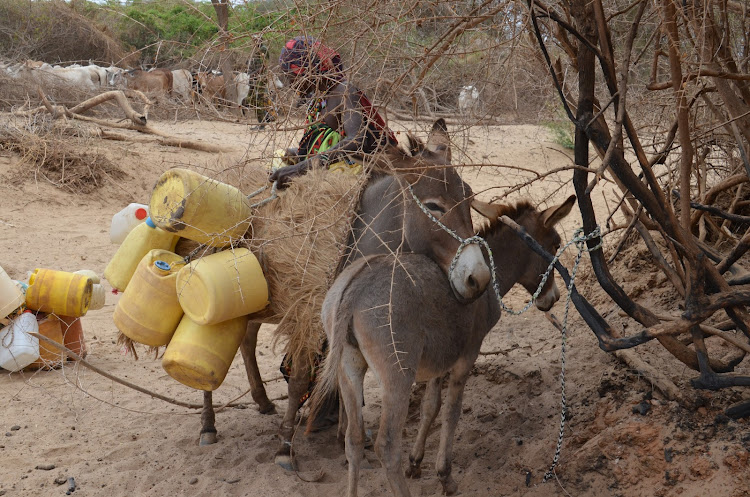 “This is the second time we are doing this, the first time we handed over 15 sites to the contractors who are in various stages of implementation and most of them are at 90 per cent complete, almost handing over to the communities,” he said.

Speaking during the handing over of 16 projects to contractors, he said there is another phase remaining which includes surveys and designs.

They are expected to do an equivalent number of structures, totaling about 600 million of Tana River county investment.

“So far the progress is good and the communities are supporting the projects, in Mkomoni, there is a water pan project which will benefit around 200 households and about 3500 livestock,” he said.

Omari said Sivap is a project that supports communities in doing both small and bigger projects in Tana River.

Considering the climatic and the culture of the communities, they are implementing small structures which include micro irrigation of about 10 to 15 acres of land depending on the hills of the shallow waste they get from the drilling part of it.

“Kenya is facing climate change and we have to check in technologies how we can assist our farmers who are the backbone of our economy,” he said.

Judith Muricho who is part of the project and a livestock specialist said that the Hakoka water pan which has a capacity of 50,000 cubic metres is being implemented at a project cost of Sh27 million.

“The project is almost 90 per cent complete with only a few components remaining. The contractor has told us he is bringing some solar panels and do the cut-off drains so the community can start using the water,” she said.

She said that the major purpose of the project is to have water, especially for livestock because the area is dry and many people being pastoralists they require a lot of water.

Muricho said another project they are doing which is complementary to the water pan is reseeding the area.

He said reseeding is important to rehabilitate the land so that the water pan remains intact to prevent siltation.

“We will also be training the community on good practices of pasture improvement so that they can replicate the areas to have grass which can hold the soil intact,” she said.

The county livestock director Nzioka Wambua said for many years, the region has been affected by climate change therefore planting grass will help livestock get good nutrition.

He said that they have set aside 200 acres of land where the grass will be planted for livestock during drought season.

“In the areas where the grass will be planted, farmers will be in a position to harvest some and plant in other dry areas within the county during rainy seasons,” he said.

He said that the grass will be used in irrigation schemes because they believe that there will be water in the future and there will be no more drought in the region, that is if they get enough seedlings from the Sivap project.

Wambua said planting grass in the region is new because farmers are used to moving from one place to another in search of food for their livestock but now the project will help them keep up to 100 cows in one place.

He said the Sivap project has helped in raising the economy of the county through the implemented projects.

Other counties where the Sivap project is being implemented include Makueni, Machakos, Kajiado, Bomet, Tharaka Nithi, Nyeri, Meru, Nyandarua Kitui and Muranga. 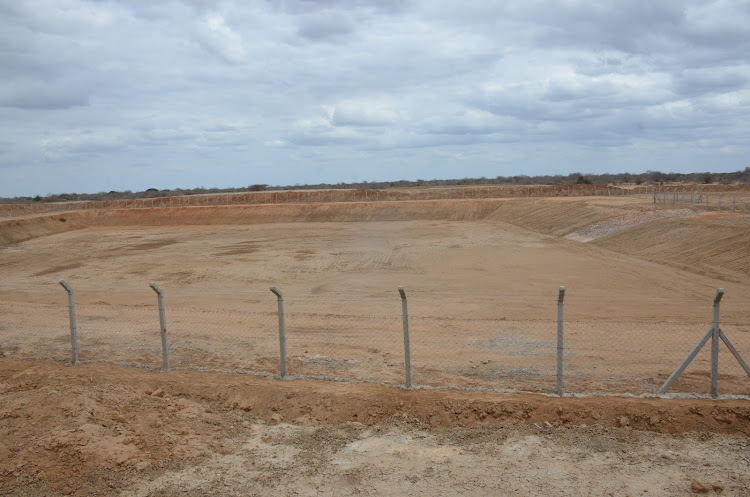 Hakoka water pan that which has a capacity of 50,000 cubic metres
Image: AURA RUTH

Say they have seen an opportunity to make money and profit from better prices.
News
2 months ago

Situation has led to sharp rise in malnutrition especially among pregnant women and children under five.
News
2 months ago
Post a comment
WATCH: The latest videos from the Star
by AURA RUTH
Coast
02 October 2022 - 22:00
Read The E-Paper