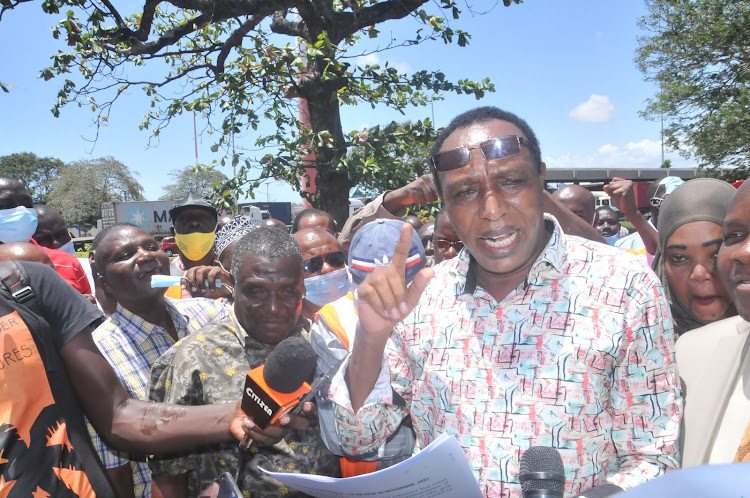 The Dock Workers Union is seeking an independent national arbitration commission to resolve the perennial workers and employers issues.

They say a 12-member commission including workers, employers and trade unions is part of the reforms that the new government should implement.

“The labour office is seen as a government entity and in most cases has not been able to resolve the workers and employers issues amicably,” he said.

“We are now engaging other like-minded trade unions to push for the establishment of an Independent National Arbitration Commission.”

Sang said the commission will draw its membership from the Federation of Kenya Employers, trade unions and the national government.

“FKE will be taking care of the issues presented by the employers and the trade union will be working for the interest of Kenyan workers,” he said.

The official said the commission will be made up of professionals; economists, labour experts and labour rights activists.

“They will be advising the government on all issues affecting workers and employers in the country. This will be an independent commission,” he said.

Sang said they have already started engaging the government, through the Ministry of Labour and are awaiting communication.

“We are also planning to meet the president and among the issues to be discussed will be the formation of this commission,” he said.

The DWU has also been pushing for the reinstatement of KPA employees who were sacked.

Two weeks ago, Sang said at least 20 trade unions led by the Kenya National Union of Teachers and DWU were planning to meet President William Ruto.

Sang and his Knut counterpart Collins Oyuu confirmed that they have started discussions on a Memorandum of Understanding that will be presented to Ruto.

He said Kenya has about 67 trade unions, and so far they have reached out to 14 in the transport sector and four in the education sector.

Sang said the meeting between the trade unions and the President will be to discuss and change the industrial arrangement in the country.

“For years, the relationship between the national government and trade unions has been so adversarial. We want to change this so that issues are resolved without strikes or shouting,” he said.

The official said the government and trade unions in Singapore engage amicably, which is why their workers never go on strike.

Sang said DWU and Knut will facilitate the meeting between trade unions and President Ruto, so that the welfare of Kenyan employees is taken into consideration.

“As it is right now, Kenyan workers are the losers. We need to have a candid conversation with the government on issues affecting us,” he said.

Oyuu said trade unions need to work with the government of the day for the benefit of the employees countrywide.

“It is important to have such an engagement with the government to discuss terms and conditions of employees,” he said.

"The engagement will be done in a more structured manner and all trade unions, which are part of Cotu, will be brought on board."

Ruto frequently and categorically said he will revert port services by an executive order.
Counties
1 month ago