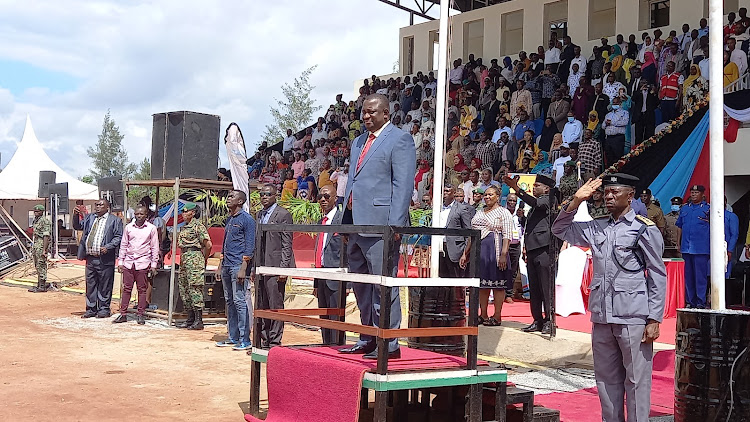 I have accomplished my mission, the outgoing Kwale Governor Salim Mvurya has said.

Mvurya said he is satisfied that the dreams he had for the Kwale people will continue with Fatuma Achani as the new and second governor.

The outgoing county chief said he is proud to have helped install the first female governor and change the outdated perception that women cannot lead.

"I am very happy man knowing that what we started in 2013 can now continue and having broken the obsolete traditions that women can't be leaders," he said.

Mvurya spoke in an emotional speech during the swearing-in of Achani at the Kwale Stadium in Matuga on Thursday.

He said his main agenda when he took office as the governor was to end poverty and improve lives through better education and healthcare system.

Mvurya said he will be more than ready to provide necessary assistance to her successor to keep the development dream alive.

He said as Achani takes oath of office, she should ensure all that they built is preserved and improved.

Mvurya, however, said he is confident that the new governor's leadership will boost Kwale's economy and development.

He further said they learned a lot together for the past 10 years under his leadership with Achani as deputy governor.

The outgoing governor said he is optimistic that Achani will break his development track for being more experienced.

"The first term we did better but learnt something new, second phase we corrected the mistakes and improved. With all these experiences, I am confident Achani will deliver more," he said.

Mvurya said the new governor should enhance coordination and work closely with the national government for the benefit of the Kwale people.

He said he was able to transform the county with the help of President Uhuru Kenyatta and his deputy William Ruto, who is now the president-elect.

"Our friendship with Uhuru's government is what translated to the good tarmac roads and mega water projects you see," he said.

Mvurya told Achani her leadership should make sure all the unfinished roads are completed and new ones constructed to open up the county's economy.

The second-term retiring governor thanked the Kwale people for giving him an opportunity to serve them.

He, however, urged Kwale residents to remain united and keep peace as he exits office.

Mvurya said residents should continue living as one people and shun division.

He said the recently ended Kwale politics were very tribal and full of incitement that are harmful to the county's peaceful coexistence and progress.

The outgoing governor cautioned residents to be vigilant and reject leaders whose agenda is to divide them based on religious, tribal and gender alignment.

He said what will make him proud more is seeing Kwale people live in harmony and prosper in their endeavours for many years to come even after he is gone.

Mvurya was born in 1970 at Kadzandani village, Kasemeni ward, in Kinango subcounty, and he is married to Christine Mwaka Mvurya, a Base Titanium employee.

They have four children, all boys.

Mvurya studied at Mavirivirini Primary School before he transited to Mpeketoni Secondary School and later joined Egerton University for a Bachelor's degree in Agribusiness Management.

He acquired his a Master's in Participation, Power and Social Change from the Institute of Development Studies in England, UK.

He once served as an acting country director for Plan International Kenya in 2008 and worked for Aga Khan Foundation and Tegemeo Institute of Agricultural Policy and Development, an institute of Egerton University.

Mvurya was first elected on a ODM ticket and re-elected on a Jubilee ticket with Achani in 2017.

He is a close ally of Ruto and his political fate depends on the Kenya Kwanza government where he was promised a good job. 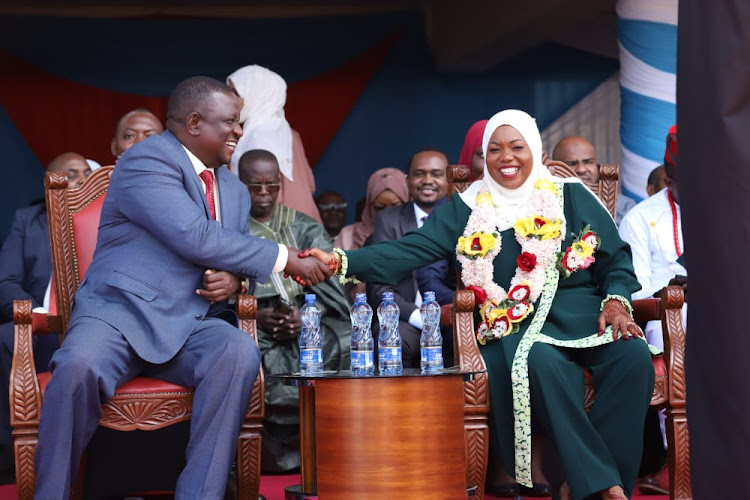 I will build on Mvurya’s foundation, says Achani as she takes office

Achani promised to support and improve the county's education system.
News
3 months ago

Achani set to be sworn in as first female Coast governor

Both Achani and Mvurya served together for two consecutive terms.
News
3 months ago
Post a comment
WATCH: The latest videos from the Star
by SHABAN OMAR
Coast
26 August 2022 - 23:00
Read The E-Paper