Only five out of the 20 ward representatives survived Tuesday polls 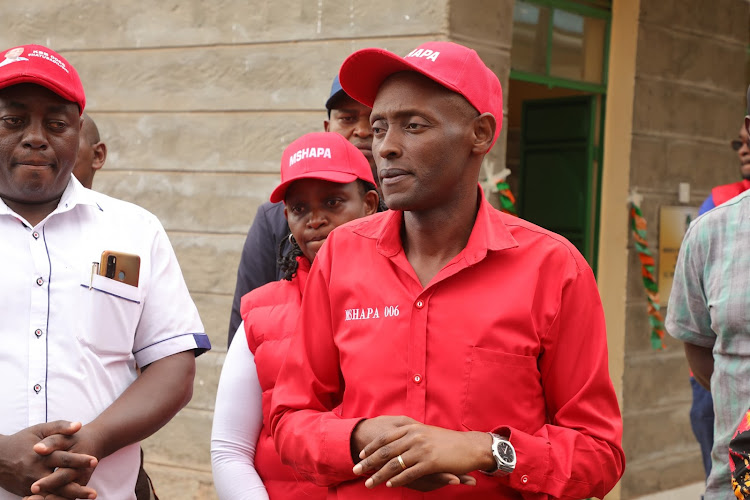 Underperformance and frequent fights between the outgoing Taita Taveta Governor Granton Samboja and MCAs contributed to the majority of them losing in the just concluded election.

More than two thirds of the MCAs were sent home in what political analyst Christopher Musyoka described as a protest vote from the residents.

Only five out of the 20 ward representatives survived the election. Samboja also lost the seat to Andrew Mwadime, an independent candidate.

“What we projected before the polls has come to pass. It is clear that people wanted an overhaul of the county leadership,” Musyoka said in an interview on Monday.

The infighting, Musyoka said, are to be blamed for the slow development in the region, and should outrightly be attributed to the defeat met by the ward reps.

“Samboja had half of his tenure embroiled in a supremacy battle with MCAs and the other half fighting Covid-19. He had time to redeem himself in the last one year, but he chose to start an early campaign,” he said.

In 2019, the county went into a near dissolution following a budget impasse between Samboja and MCAs.

The four-month standoff started after the MCAs successfully passed an impeachment motion against the governor. His impeachment was, however, dropped by the Senate.

Musyoka said both the assembly and the executive failed in executing their duties due to conflict of interest, saying that the MCAs did not question misappropriation of public funds pointed out by the controller of budget.

Those who lost their seats include the majority leader and Rong’e MCA Haris Keke who was ousted by journalist Dorcas Mlugu of UDA.

Keke will be remembered for moving the impeachment motion against Samboja in 2019.

Mlughu is the only elected female MCA in the male-dominated assembly and the second to ever win a ward rep slot in the county after Baetrice Mwabili (now deceased) won the Wundanyi Mbale seat in 2017.

Others who lost their seats are majority whip Abraham Juma (Wiper), who was defeated by political newbie, Amos Makalo of PAA.

Those who successfully defended their seats are deputy speaker Crispin Tondoo (Omeni) and Ngolia MCA Jones Solomon, who were both reelected for a third term.

Jubilee, Communist Party of Kenya, People’s Empowerment Party and UDA have one seat each.

According to Solomon, the new assembly has an upper hand in performing since the devolution foundation has already been set by the past two houses.

“We expect them (the new team) to outshine their predecessors. It is a good mixture of young technocrats and experienced ward reps,” he said.

The Ngolia MCA said they will establish a good working relationship with Mwadime's administration to ensure devolution is felt in the region.

Mwadime, an independent candidate was declared the winner by IEBC.
Counties
1 month ago

Samboja was defeated by Andrew Mwadime, while Twaha was shown the door by former Lamu Governor Issa Timamy
Counties
1 month ago