Mvita Returning Officer acknowledged the confusion and said they were working on the matter. 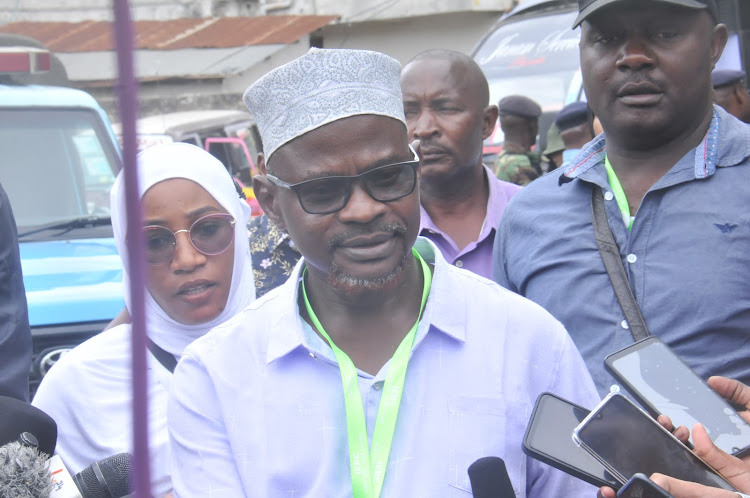 There was confusion in Mombasa County on Monday when the ballot papers for gubernatorial candidates meant for Mvita Constituency polling centres were missing.

Instead, the constituency received ballot papers for Kilifi gubernatorial candidates.

Masha Sudi, Mvita Constituency's Returning Officer acknowledged the confusion and said they were working on the matter to resolve it in time.

"We have received ballot papers for Kilifi. However, that's a challenge that's within our reach and we will solve it soon," Sudi said.

He was speaking at Allidina Visram High School, the distribution centre for Mvita Constituency's election materials. He was overseeing the opening and distribution of ballot papers to various polling centres within Mvita.

Concerning the confusion caused by the missing ballot papers, Sudi said he had channelled communication to the relevant authorities and action had started to address the problem.

"I'm appealing to Mombasa residents to remain calm and rest assured that tomorrow morning they will vote for their preferred governor candidate," he said.

Further, he asked people to stop speculations over where their gubernatorial candidate ballot papers were, "because even us, cannot tell where, but the issue will be solved in time".

However, the returning officer said the problem could have originated in the packaging of the materials abroad, where the exercise was done and sealed.

"We received them sealed and opened them for the first time, in front of the people and the media. You know those are Europeans and perhaps they thought Kilifi and Mombasa are one and the same," he said.

He said that on Tuesday, the polling centres will be opened at 6 am and the voting exercise will start and run through 5 p.m.

However, he added, if there will be people in the queue at 5 p.m., they shall be allowed to cast their votes.

It's those who will come past 5 pm who will not be allowed to vote.

He promised to ensure the presiding officers are released to their polling centres before Monday dusk.

"We ask the people of Mombasa to vote peacefully and trust us to deliver a free and fair election," Sudi said.

Reports indicate that there was confusion in the distribution of the ballot papers.
Counties
6 months ago