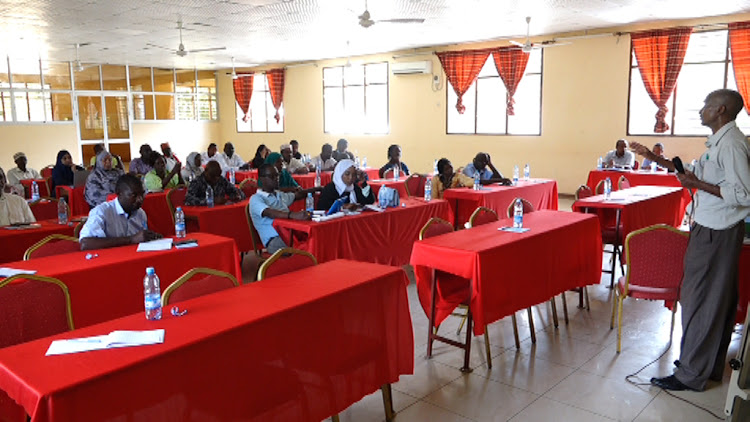 Preparations for the August 9 election are almost complete in Kilifi, where IEBC expects a voter turnout of more than 80 per cent.

The county has 1,145 polling stations.

IEBC officials met with stakeholders from all over the county on a training programme for the preparedness and updates on the status of election.

Speaking at the Kenya Red Cross Society Malindi branch conference hall, the IEBC manager Kilifi county and returning officer Hussein Gure said he called the stakeholders' forum to update them on the preparedness.

Gure said they are currently training all election officials, adding that they were finalising the training of presiding and deputy presiding officers which, according to him, went on smoothly.

The officer said this will be followed by training for clerks for two days.

On election materials, he said, were also on track as ballot papers were being delivered to constituency offices.

“We have put security in place to receive those ballot papers and to secure them. We expect that exercise to be completed in the next day or two. The other materials are in place and we expect no problems there,” he said.

The include Office of the Director of Public prosecution, IEBC, Office of the Registrar of Political parties and National Cohesion and Integration Commission, among others.

Gure called for peace and tranquility during the election period, adding that their main theme was ‘Kilifi county has chosen peace’, which is the message they were sending out to the public.

“We have more than 80,000 new registered voters added to the register this time, and those voters who can make a significant difference and contribution to the electoral process,” he said.

Gure said there are a few areas of concern regarded as hotspots, but cannot be compared to that of 2013, noting that hey are working closely with security agencies to deal with any emerging cases.

“The hotspots will be watched closely and anybody intending to cause trouble will meet with the full face of the law,” he said.

Stakeholders interviewed called on residents of Kilifi to maintain peace during the election.

Edward Kazungu, a Kaya elder, appealed for peaceful election, saying they do not expect a repeat of the post-election violence.

He said they have been sensitising people in many ways through peace walks and poems to ensure peace prevails.

“We have seen that indeed IEBC is prepared for the election and we have faith that this election will be free and fair,” Kazungu said.

“We would urge members of the public to turn out in large numbers so as to ensure there are successful and peaceful election,” he said.

Afye Swaleh, the Muslim for Human Rights field coordinator Kilifi county, said the IEBC sensitisation forum has built confidence in the stakeholders by showing how prepared IEBC was for the electoral process.

Ahmed Mudharis from Omar project Malindi said they have done sensitisation to the youth against being used by politicians to cause violence by telling them to vote and go back home.

“I call upon everyone from Malindi and everywhere to be cooperative because the election is a season, but life is important so all of us should vote peacefully and go home to wait for the results to be announced,” he said.

Mama Alice, a representative of the business community in Kilifi county, said they normally suffer during elections if it is not peaceful but hope that their sensitisation efforts will bear fruits this time. 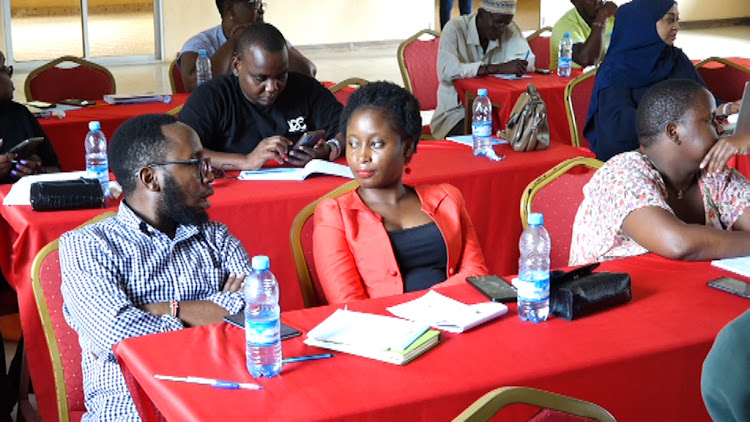 Kilifi stakeholders during a meeting convened by IEBC to update them on election preparedness at Kenya Red Cross Conference hall in Malindi.
Image: ALPHONCE GARI 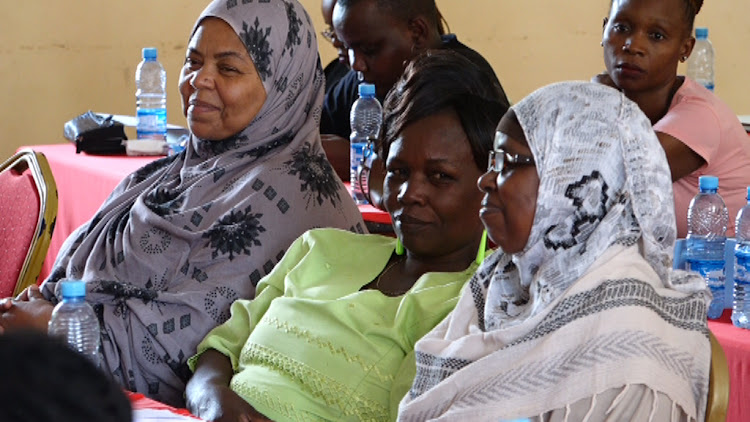 Kilifi stakeholders during a meeting convened by IEBC to update them on election preparedness at Kenya Red Cross Conference hall in Malindi.
Image: ALPHONCE GARI

Candidates depend on the much-needed clout to bolster their chances of winning.
Opinion
1 week ago

IEBC has ducked Kinoti concerns on integrity of the August 9 polls.
News
2 weeks ago

Will they deliver? Spotlight on IEBC Seven a week to election

Eyes on seven IEBC commissioners to see whether they will deliver a free, fair and credible election on August 9.
Siasa
1 week ago