County rate is higher at 11 per cent compared to national average of 8.3 per cent 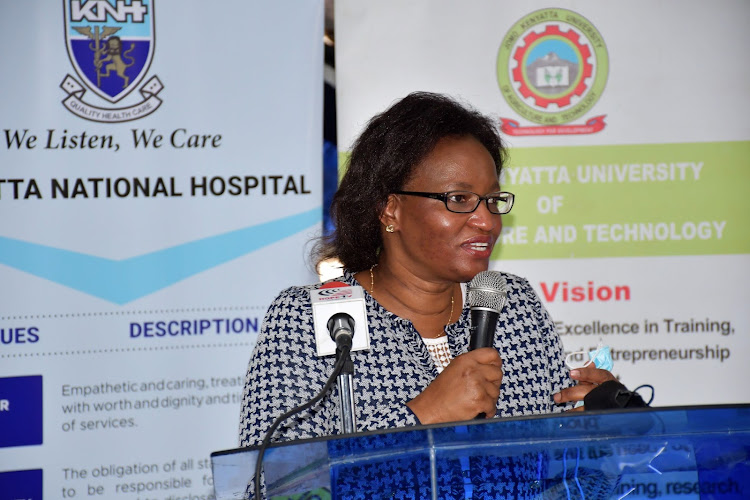 Data released by the National Aids Control Council reveals that Kilifi’s transmission rate is higher at 11 per cent compared to the national average of 8.3 per cent.

The report reveals that out of every 100 HIV-infected women going to deliver, 11 of them transmit the virus to their unborn baby.

This was said by Health Principal Secretary Susan Mochache, who spoke during a community sensitisation forum in Malindi.

She said the increasing rates of teenage pregnancies, gender-based violence and HIV infections among adolescents as captured in the triple threat campaign, remain a concern in Kilifi.

The PS said a way has to be found to address that problem and bring it to a halt.

Mochache called on stakeholders to help contain the threats as the challenges in Kilifi county are alarming.

She called for community dialogue and increased consultation efforts so as to save future generations.

Mochache also called on Community Health Volunteers and administrators to take lead in making sure that those affected have access to health services and justice to help address gender-based violence.

The PS said the triple threat risked compromising the gains already achieved in the fight against HIV, and there was a risk of increasing the burden of responsibility for the government which is currently spending Sh25 billion on managing the virus.

She emphasised the need for sensitising the youth about the dangers of contracting the HIV virus.

"Another major challenge that threatens the gains made in HIV prevention in Kilifi is the high number of injecting drug users," Mochache said.

She said her visit to the Omar Project in Malindi, which helps in the rehabilitation of drug users, established that many have been infected by HIV/AIDS.

It targets adolescent girls and young women by addressing the drivers of risk and vulnerability in the population.

National Aids Control Council CEO Dr Ruth Laibon-Masha said it was time for everybody to take responsibility in fighting the vices that are affecting innocent children.

"We have taken the campaign from boardrooms to mashinani (grassroots) so that our girls are safe and in school," she said.

The money will be utilised between October this year and September 2023.
News
2 months ago

Cost of first-line drugs for children and adolescents is Sh19,228 per child per year
Counties
2 months ago

MoH alarmed over poor adherence to HIV treatment by mums

The two are closely related not forgetting the rampant teenage pregnancy cases.
Opinion
2 months ago
Post a comment
WATCH: The latest videos from the Star
by ALPHONCE GARI Correspondent, Coast Region
Coast
27 July 2022 - 22:00
Read The E-Paper