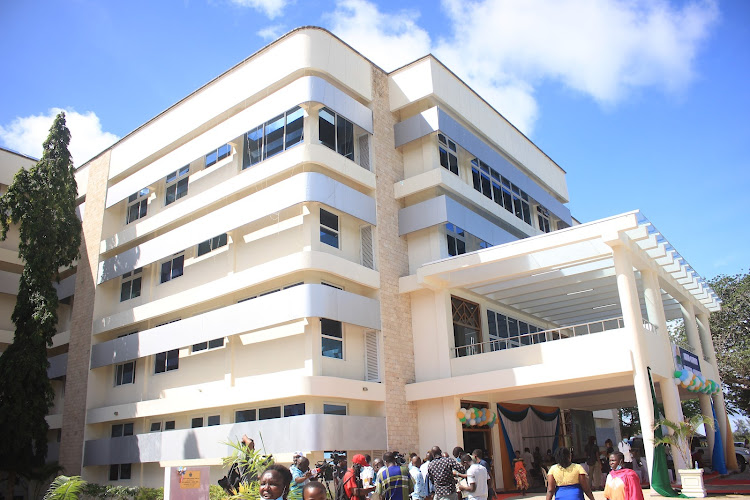 Kilifi Governor Amason Kingi has unveiled a Sh885 million medical complex a few weeks before his exit from office.

While launching the Kilifi medical complex at the Kilifi County Referral Hospital, Kingi said the facility will ease the medical burden residents have to incur while seeking services in the neighbouring Mombasa county.

“This facility has put to an end the rampant medical referrals to the Coast General Teaching and Referral Hospital. It has the capacity to handle the many cases we used to refer to Mombasa,” he said.

The first phase of the facility has an emergency and accident wing, five operating theatres, four wards and a critical care unit, which includes Intensive Care Unit and a High Dependency Unit.

The facility was equipped at a cost of Sh700 million.

“We will be seeing ambulances from other counties referring patients here. We have no such public medical facility," the governor said.

"This complex and the services are in the league of Nairobi hospital and other big private hospitals. We have no reason to refer any case unless it is on voluntary basis.

“We are doing this so that our people can get first class health services at a subsidised rate. There is no need to go to private hospitals and pay a lot of money because we will be offering better services here,” Kingi said.

Kilifi Health executive Charles Dadu said the facility has a capacity to admit 100 patients at one given time.

“We have two wards for men and women which has a capacity of 60 beds where 28 beds are in the female ward. In the private wing we have four private and 28 semi-private wards. There is [also] a ward for children,” he said.

The hospital, which has 11 ICU beds, will also offer renal services.

The complex has a deluxe ward which offers executive services.

“More doctors are coming in September. We gave them scholarships so that they can be able to offer services here. We want if it is a referral from this hospital then it should be going out of the country but not in Kenya,” Dadu said.

The executive said both the national and the county government procured the equipment used in the hospital. The government of France also donated equipment to the facility.

The second phase of the complex could not be launched because it has not yet been equipped. It will house a cancer centre and an imaging unit.

According to Kingi, the second phase needs about Sh1 billion to equip.

However, Dadu said some of the equipment have already been procured.

“The imaging centre will have a magnetic imaging resonance (MRI) and a CT scan. The suppliers have already visited the building and by September, they will deliver the MRI and CT scan,”  he said.

The building has three storeys but it can accommodate up to six more floors.

In 2021 at the height of the Covid-19 pandemic, the building was under the scrutiny of the Ethics and Anti-corruption commission.

Most of the ICU beds were procured to handle Covid-19 patients.