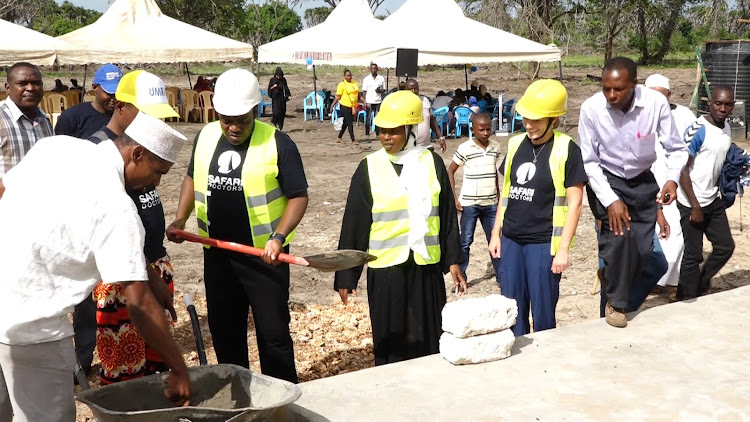 Safari Doctors officials with community members lay a foundation stone of the Shungwaya Level 4 Hospital which is being built in partnership with Bomu hospital in Hindi, Lamu county.
Image: ALPHONCE GARI 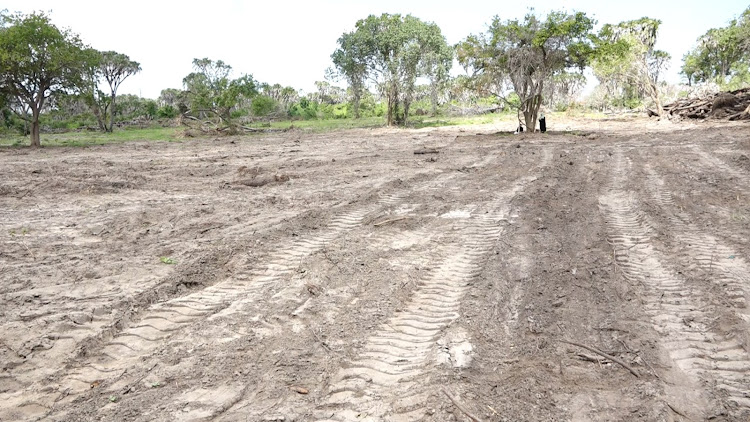 The site where Shungwaya Level 4 Hospital is being constructed by Safari Doctors.
Image: ALPHONCE GARI

A humanitarian organisation has started the construction of a multi-million shilling level 4 hospital in Hindi to reduce costs of referrals outside Lamu county.

Safari Doctors, which was founded by Umra Omar, a resident of Lamu, in 2015, has partnered with Bomu hospital in Mombasa to come up with a health facility that authorities said will not only handle referrals locally, but also from neighbouring counties of Tana River and Garissa.

Already construction work has started and, once complete, the  Shunywaya Level 4 Hospital will enable residents to access healthcare even for complicated cases.

Speaking during the groundbreaking ceremony of the project at Hindi, Safari Doctors acting executive director Mariam Abdalla said the hospital will be called Shungwaya.

Abdalla said the aim of the project was to take medical services to the grassroots areas of Lamu county.

The executive director said they are forced to refer cases to Kilifi or Mombasa and other counties, hence the need to construct a level four hospital in Lamu to handle those referrals whenever they arise.

She said the hospital will also help Safari Doctors in terms of costs incurred while referring the cases to long distance destinations in other counties. 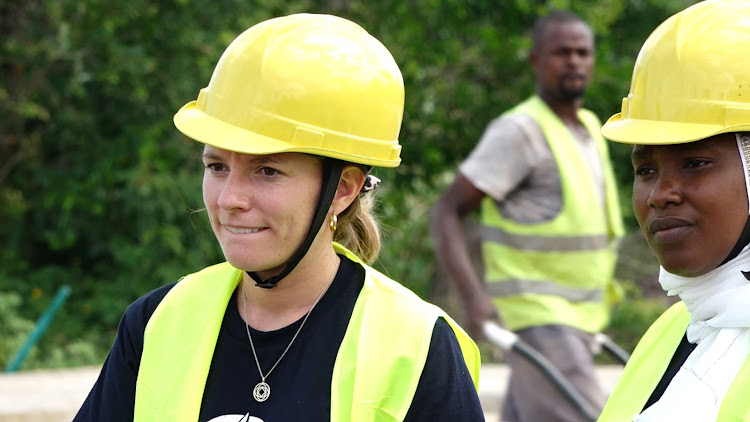 Omar told journalists that Safari Doctors started as a community-based organisation which was started to provide medical services to remote areas which had challenges in accessing healthcare in Lamu county.

“We started in 2014 after the deadly terror attack in Mpeketoni and areas like Basuba there were no health services due to the insecurity challenges," she said.

"There were no hospitals and schools, and we used to go there monthly to ensure children get immunisation and women get treatment."

She said the organisation grew and got several international awards, including that of CNN Heroes and UN Person of the Year.

Omar added that for universal health care to be achieved, healthcare has to be accessible in the rural areas which have a population of more than 70 per cent of the people.

Omar, who is also vying for governorship, said once elected, she would ensure that Universal Health Coverage becomes a reality.

Safari Doctors medical director Dr Sarah Bury said she was happy to celebrate with the people the groundbreaking ceremony of the new hospital which is done in partnership with Bomu hospital.

She said Lamu has had difficulties in ensuring quality health care is accessible to the residents.

“We hope that Shungwaya hospital will help us ensure we provide access to quality care for everybody in Lamu county,” the medical director said.

Lucy Wangui, a resident of Lamu, thanked Safari doctors for coming up with the project as it had gone a long way in helping residents access healthcare.

“Since Omar brought this project, women have really benefitted from reproductive health, child care and other ailments affecting residents,” she said.

Wangui added that they fully support the project as it will be helpful and reduce costs of traveling as far as Kilifi or Mombasa to seek medical care and also create employment opportunities.

They are forced to share with dangerous wild animals since most of the water pans have run dry.
Counties
1 year ago
Post a comment
WATCH: The latest videos from the Star
by ALPHONCE GARI Correspondent, Coast Region
Coast
18 July 2022 - 22:00
Read The E-Paper