•Before the Covid-19 outbreak in Kenya, Mombasa used to receive Qatar Airways, which used to fly four times a week. 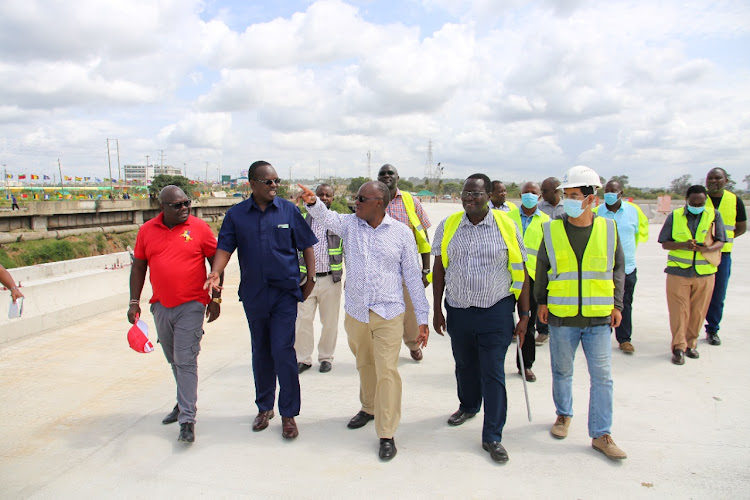 Several international airlines that used to make direct trips to Moi International Airport in Mombasa have applied for increased frequency, the national government has said.

“A lot of airlines have applied to make more trips to Mombasa. I got their applications from them asking to fly more times to Mombasa,” Macharia said.

“We are going to look at the licences for approval.”

According to tourism stakeholders at the Coast, Moi International Airport is currently receiving only one scheduled flight- Ethiopia Airline - which flies daily to the region.

On Tuesday, Mohamed Hersi, Pollman Tours and Safaris group director of operations, said the government should fast-track the licencing of more scheduled flights to Mombasa to attract more tourists.

“Ethiopian Airline wants to make two daily flights to Mombasa, therefore the government should increase the frequency,” he said.

Speaking to the Star, Hersi said before Covid-19 Qatar used to fly five times a week to Mombasa.

He said Qatar has now applied to increase the frequency to seven, but that is yet to be approved.

Hersi said the Turkish Airline used to make 14 flights to Kenya- seven times to Nairobi and seven times to Mombasa - but that was reduced to seven flights a week.

“It (Turkish) opted to only fly to Nairobi after the frequency was reduced to seven. They have now applied for increased frequency and we are hopeful that the government will accept their application,” he said.

He said Turkish Airlines connects to 127 countries and 347 destinations.

Hersi said KLM has never flown directly to Mombasa, but if its licence is approved, it will be good for the coastal tourism sector that is struggling with low numbers.

Emirates and Rwanda Air have also applied to fly to Mombasa.

“Open skies is about accessibility and if tourists and visitors are unable to get to a destination, then you don't exist. The Coast region has over 40,000 rooms to fill, we need more flights to achieve that,” he said.

“Let me make it clear. We are not against our national carrier,” Hersi said.

He said it is good that Kenya has a national carrier and they saw the importance during the Covid-19 crisis when it had to evacuate Kenyans from various cities around the world.

“But at the same time, it should operate properly. If the Ethiopians can do it, why can't we also do it?” he posed.

He said Kenya Airways and the national government are focused on Nairobi and they have said numerous times they want to develop Nairobi as a hub.

“Mombasa is being pushed to the periphery which we need to fight and object to,” he said.

On Friday, during a tour in Mombasa, Macharia said the national government is not against the open skies policy in Mombasa.

“Open sky policy is encouraged, but within the confines of the bilateral air service agreements,” he said.

Macharia said before Covid-19 most airlines went through a turbulent period in terms of operations because the number of passengers reduced.

“So each country has been trying to protect its airspace. I will give an example, Kenya Airways used to fly seven times a week to China and the numbers were reduced to once a week,” Macharia said.

He said they must look at the wider sovereign strategic issues, which affect say for example the Kenyan national carrier.

“You open the skies abruptly, without any planning, you have to shut down your airline. We shall be opening the skies, but in a programmed planned manner to make sure we do not impact negatively on our strategic assets like Kenya Airways,” he said.

On Monday, during a tourism stakeholders' meeting with Mvita MP Abdulswamad Nassir at Whitesands Hotel, Hersi said the open skies may not have been an issue some 15 years ago because then Kenya Coast and Mombasa were mainly dependent on Charter aircraft.

“The year 2007 is what we considered to be the golden year of Kenya's tourism. At that time we were getting close to 39 charters landing in Mombasa every week,” he said.

He said after the disputed 2007 general election that led to violence the numbers went down. However, in 2012 the sector started to pick up again, getting about 18 flights a week to Mombasa.

However, the increased cases of terrorism between 2013 and 2015, the charter flight seized to fly to the region.

Currently, he said the cost of a single charter flight to a destination is not costing anything less than USD1.2 million (Sh141,420,000)

“Nobody is willing to do that because nobody wants to take a risk to fly in an aircraft and you don't know if you will get your returns,” he said.

Between 2020 and 2021, Mombasa used to receive weekly charter flights from Italy, Poland, Bulgaria, Romania, and Ukraine.

“However, the flights stopped because of the current war in Ukraine. However, we are now hopeful and from July we expect a two weekly flight from Italy,” he said. 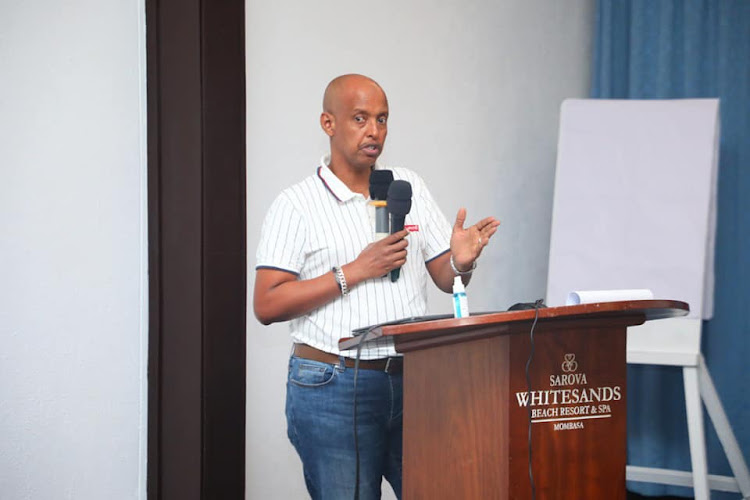 Mohamed Hersi, the Group Director of Operation at Pollman Tours and Safaris, during a meeting at Whitesands Hotel on Monday evening
Image: COURTESY

The new agreement increases customers' travel options to 19 cities in Africa and 25 cities across the U.S. and Canada.
Business
2 months ago

It's not good for the economy if we protect Kenya Airways by crippling the tourism and horticultural sectors.
Opinion
2 months ago
“WATCH: The latest videos from the Star”
by CHARLES MGHENYI
Coast
29 June 2022 - 22:00