Kingi downplayed the existence of bad blood between him and the DP.

• As the DP  crisscrossed the county in the hunt for votes, Kingi and his Pamoja African Alliance party leaders were a no-show.

•  The outspoken governor said he was out of the region attending to family issues in Nairobi. 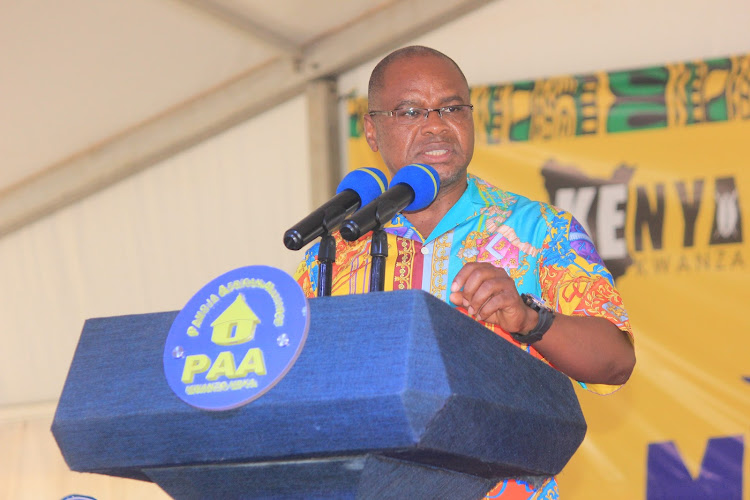 The absence of Kilifi Governor Amason Kingi from deputy president William Ruto’s three-day visit to the coast region has raised questions about his allegiance to the coalition.

On Saturday he held an economic forum in Kwale and rallies in Mombasa accompanied by other Kenya Kwanza leaders.

On Sunday Ruto attended a church service in Marakani, Kilifi County and later a rally in Kaloleni, Kikambala and wound up his visit with a mega rally at Mtomondoni.

As the DP  crisscrossed the Coastal counties in the hunt for votes, Kingi and his Pamoja African Alliance party leaders were a no-show.

In Kilifi County, all the events were dominated by the United Democratic Alliance (UDA) leaders and its candidates.

On Monday, the PAA party leader downplayed the existence of bad blood between him and the DP.

Kingi dismissed claims that his absence was a deliberate plan adding that he had family issues to attend to.

The outspoken governor said he was out of the region when the DP pitched tents in the Coastal region.

“For seven days now I have been out of the region so I did not just cancel the DPs programme but even my own programme. I have cancelled several county functions because I had family issues to attend to,” he told the Star on phone.

He said the DP was aware of the reason behind his absence.

“As we speak I am not done yet. I am just around for a day then I go back,” he added

Kingi was appointed as a chief campaigner of the Kenya Kwanza alliance alongside Kwale governor Salim Mvurya.

Since his appointment, Kingi has been traversing the country with Ruto.

A week before, he held several rallies in Magarini and Malindi to drum up support for his PAA party candidates and the Kenya Kwanza presidential candidate.

In 2013 and 2014 Kingi led rigorous campaigns and swept almost all elective seats in Kilifi county in favour of ODM.

He later fell out with ODM and formed his own party.

Why Raila, Ruto race is too close to call

Analysts say Azimio has the upper hand, with Raila retaining bases. But ...
News
5 months ago