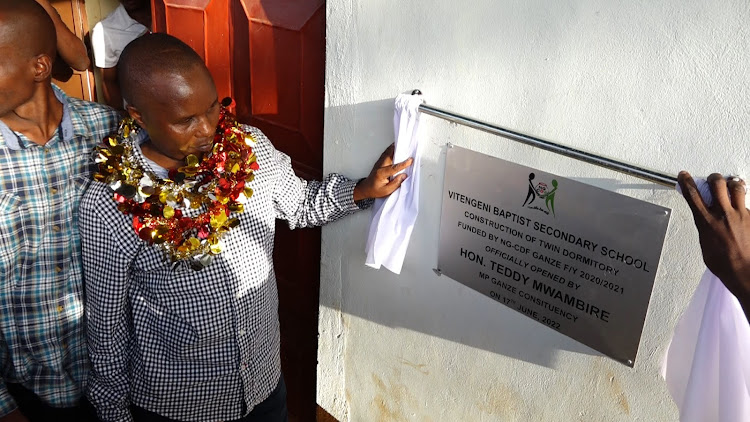 Ganze Member of Parliament Teddy Mwambire said has completed almost all stalled projects in the constituency.

The first-term lawmaker said he has spent Sh167 million on school and dormitories projects that had stalled.

He said some of the projects were constructed and abandoned in 2007 by MPs who ignored them and initiated their own.

Speaking at Vitengeni Baptist Secondary School on Thursday, the legislator opened an ultramodern twin lab a project which was started by Joseph Kingi in 2007.

He also opened a modern dormitory which was also left uncompleted by one of his predecessors.

“We thought whenever one inherited projects which were not completed by the other legislator he would complete them before embarking on new ones but here in Ganze it was not the case for more than 10 years," he said.

He said their focus was not just on completing the project but upgrading them to modern standards. 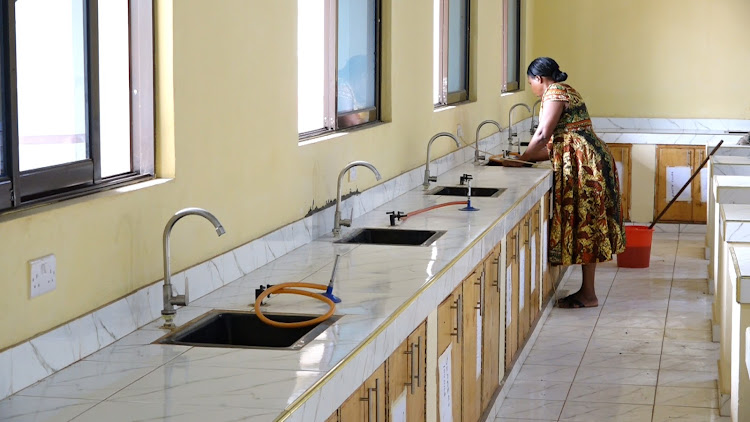 “We have completed a modern laboratory here and we are hopeful that it will boost the performance of the students,” he said.

In Migumo Miri area he said the county government built a dispensary and the NG-CDF also built another dispensary during the reign of Peter Shehe but the two facilities have no drugs or medical personnel.

Mwambire said there is a need to increase the NG-CDF funds in Ganze because the area has more challenges of poor infrastructure than other areas. 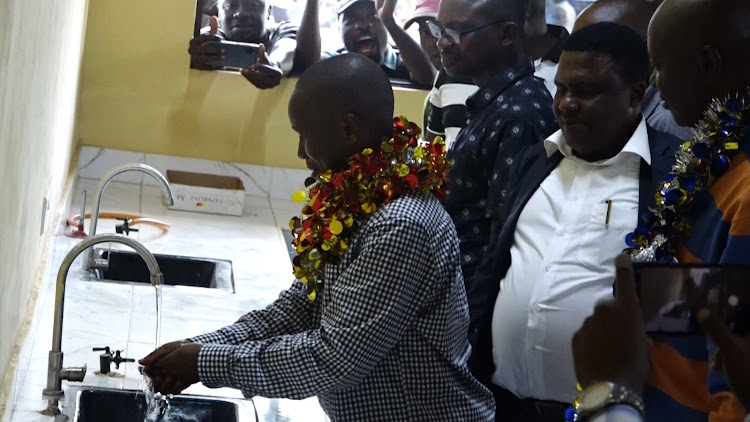 Ganze subcounty director of Education Rashid Mjimba, who was also present thanked the MP for investing heavily in education.

He said the infrastructure developments would boast the education standards of the subcounty.

“The laboratory, classrooms and the renovations will boost the morale of teachers and students," Mjimba said.

Elias Mwanza, a representative of parents also hailed the MP for his dedication to education infrastructure.

He urged the national government to increase NG-CDF funds to help in creating more development projects. 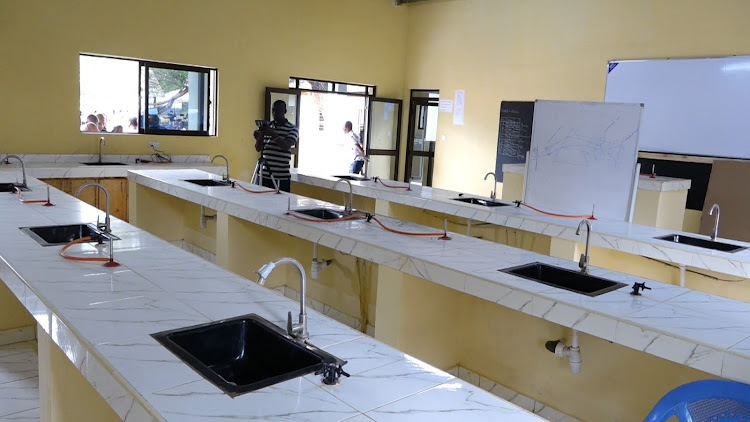 Abuse of the elderly is rampant but many are ignorant about it.
News
1 month ago
“WATCH: The latest videos from the Star”
by ALPHONCE GARI Correspondent, Coast Region
Coast
26 June 2022 - 22:00