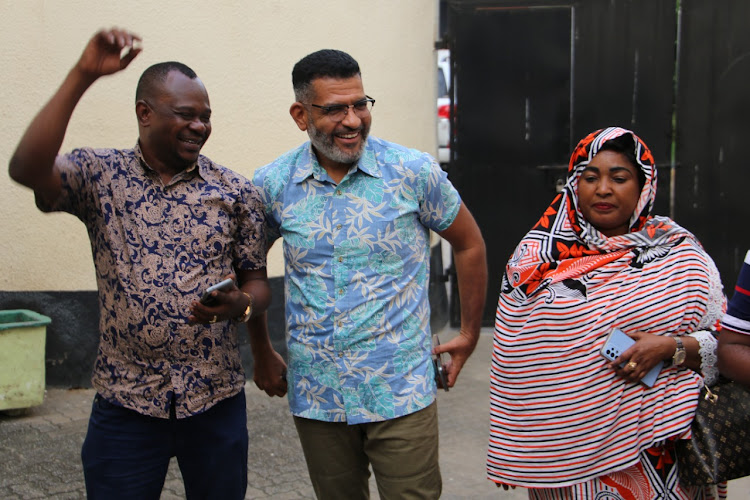 Coast ODM legislators have accused Deputy President William Ruto and his allies of hypocrisy concerning the transfer of port services from Mombasa to Nairobi and Naivasha.

Led by Mvita MP Abdulswamad Nassir, the leaders said Ruto and his lieutenants were at the forefront of championing for transfer of port services to the hinterland, therefore they cannot return the services to Mombasa if elected on August 9 as they purport.

Nassir said he and other Coast MPs were opposed to the transfer of the port services to Naivasha and Nairobi, but DP Ruto’s camp was in support.

Nassir said Garissa Town MP Aden Duale and his Mathira counterpart Rigathi Gachagua, who has since been named as Ruto’s running mate in the presidential election, supported the transfer of port operations to Nairobi in 2018.

“We want them to tell us where they were when we were opposing the transfer of port services to Nairobi. Duale and Gachagua did not stand with us in the National Assembly. They are now trying to lie to the public," Nassir said.

Ruto is on record supporting the transfer of port operations to Nairobi, but has since backtracked saying the standard gauge railway was never meant to kill the economy of the Coast.

He has vowed to return port operations to Mombasa within 100 days if elected president on August 9 General Election.

Jomvu MP Badi Twalib said the ODM legislators stood with the people of Mombasa and the Dock Worker Union when the directive to transfer cargo clearance to Nairobi Inland Container Depot was being enforced.

"Ruto called us liars and fools when we were opposing this issue of moving the port service. The port is our natural resource and it is meant to benefit the Coastal people, the same way Maasai Mara is beneficial to the people of Narok," Twalib said.

The MP expressed hope that if Raila Odinga clinches the presidency and Nassir becomes the governor, the port's services will be reverted to Mombasa.

Likoni MP Mishi Mboko said Ruto and his allies are clinging to the port issue seeking to get the Coastal votes.

"William Ruto called us academic dwarfs when we raised issues with the port services. We are not fools to be used anyhow. The people of Mombasa know that Ruto is the enemy of progress," she said.

The capacity of Mombasa port is set to increase once trials are complete.
Counties
1 week ago

MPs call for review of SGR contract to save Mombasa port