The state agency proposes to lower the limit from current eight years to not more than three years. 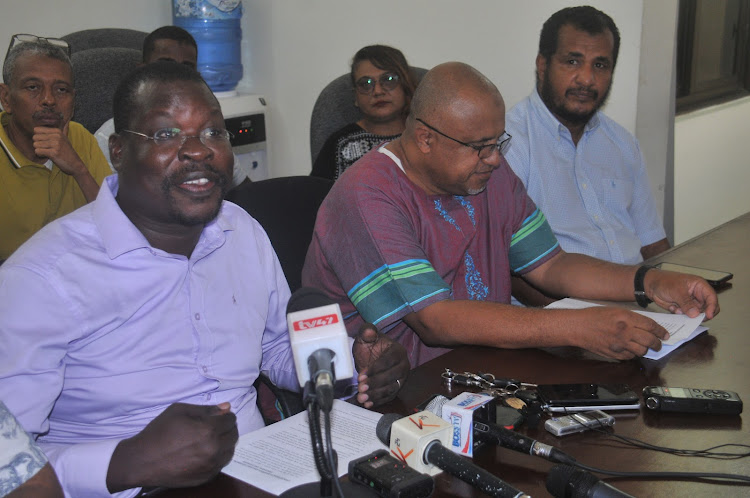 The First Action Movement has petitioned Parliament to review the lowering of the age limit of second hand trucks to three years as proposed by Kebs.

The organisation said there was no public or stakeholders’ participation preceding the decision.

Fast Action said the Kenya Bureau of Standards was targeting the road transport sector with punitive measures banning the importation of trucks between 3.5 tonnes and 30 tonnes.

The lobby was addressing the media at their Mombasa offices on Tuesday.

“These trucks are mostly used for short-distance transport of cargo popular with many transporters trying to earn a living. Also targeted are long-distance trucks,” Dennis Ombok, the immediate former KTA chief executive said.

According to Ombok, the previous importation allowed for trucks not more than eight years since the date of their first registration.

However, the new proposal lowers the age limit to a maximum of three years.

It also proposes the banning of second-hand trucks after June 2023.

The reason given for such measures is to promote the local assembly of such vehicles.

“Such measures are punitive and completely unjustified and are calculated to completely kill the road transport sector, giving a monopolistic advantage to haulage of cargo by the Standard Gauge Railway,” he said.

Ombok further said such measures cannot withstand the test of the constitution and could be challenged in courts of law.

He also said the “protectionist import substitution policies” allegedly geared toward job creation are a future of the last century, and that they have not led to the expected gains.

“The expected job creation from the vehicle assembly plants cannot replace the massive job losses that would result in the killing of the road transport sector,” Karama said.

He further said Kenya’s unilateral decision offends the East African region protocols concerning the transport sector where uniformity of rules and laws is a requirement.

“These short-sighted policies will encourage transport companies to shift base to Tanzania and Uganda from where they would be able to enjoy better terms. This will be detrimental to our economy,” he said.

The movement also reacted to reports that global shipping lines using the Port of Mombasa had started taking over the business of clearing and forwarding, thereby monopolising the entire transport chain.

They said this was a predatory development that was unheard of and was going to result in the complete collapse of the local clearing and forwarding firms.

“This is an industry that employs more than 10,000 people. At risk are more than 1,000 clearing and forwarding firms,” Karama said.

He also said there cannot be any justification for such a move that will devastate the local economy in favour of multinational companies.

Such companies, he said, were governed by strict anti-trust laws in their countries.

“We cannot and should not surrender our sovereignty to foreign interests. These acts amount to neo-colonisation and it must be resisted at all costs.”

Murshid Abdalla, a stakeholder in the sector who is also vying for the Mvita parliamentary seat, asked Parliament to rein in on the Executive and fully protect the interest of Kenyans.

He asked the MPs to reverse the punitive policies, and, instead, put in place firm measures to regulate the maritime and logistic sector, to fully protect the people of Kenya.

“We are dismayed at the continued onslaught against the two main drivers of the coastal economy, the port and transport sector. The time has come now to draw a firm line on such excesses,” he said.

“We shall judge our MPs and the parties they support in the manner in which they addressed these issues and we shall actively sensitise and mobilise the electorate to make the right choices come August.”

By last week, the traffic jam by cargo trucks stretched for over 70 kilometres
Counties
3 months ago
“WATCH: The latest videos from the Star”
by ONYANGO OCHIENG
Coast
11 May 2022 - 22:00