The Sh9 million pilot project is funded by Aga Khan Foundation and will run for six months.

•The programme is aimed at empowering businesswomen and people with disabilities from poor communities to be self-reliant.

•Others include widows, youth, children and elderly headed families. 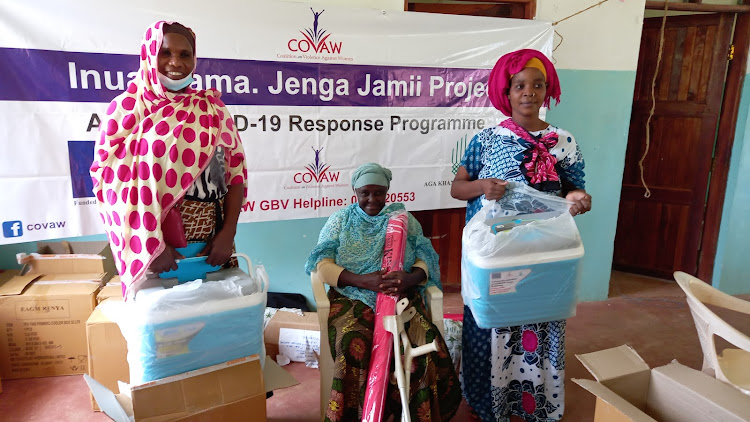 Over 300 vulnerable families from Kwale have received business equipment to help them recover from the effects of Covid-19.

They have benefited from the Inua Mama, Jenga Jamii project implemented by Coalition on Violence Against Women organisation.

It is a Sh9 million pilot project funded by Aga Khan Foundation and will run for six months.

The programme is aimed at empowering businesswomen and people with disabilities from poor communities to be self-reliant.

Others include widows, youth, children and elderly headed families.

COVAW programme officer Sandra Chivumbe said the people are assisted to start and run small businesses to fend for their families and curb sexual gender-based violence cases in the region.

It is believed poverty is one of the many factors contributing to GBV cases in Kwale.

Chivumbe said the targetted groups are given cooler boxes, and parasols, among other equipment to help manage their business and stabilise livelihoods.

“The tools will support women in doing businesses and improve their living standards,” she said.

Chivumbe said during the outbreak of the Covid-19 pandemic the vulnerable families were the most affected.

The officer said the majority of the widows and single mothers who solely survived on small businesses suffered and were left stranded due to financial constraints.

Chivumbe said the project wants to keep the women back on their track by helping revive businesses and providing a platform for multiple income-generating activities.

She said they are determined to cushion the affected families from the effects of the pandemic and stop possible causes of GBV.

Many girls and single mothers were reported to have joined prostitution because of life hardships during the pandemic.

A lot of the families were languishing in poverty while teen pregnancy and social vices increased.

Chivumbe said the project is also subjected to limit vulnerability towards SGBVs.

She said phase two of the project which is scheduled to start in August will reach out to a bigger populace.

The officer said there will be a thorough monitoring and additional assistance to ensure the businesses don't fail.

Unhealthy menstrual hygiene was previously blamed for poor performance among school girls as some were forced to skip classes for lack of sanitary pads.

Others relied on traditional methods of using pieces of cloth to sustain themselves but not effective because of infections.

The sanitary programme has been rolled out in at least 12 public schools within Msambweni. More than 50,000 students are to benefit.

COVAW will train and offer socio-psychology support to the targeted groups on Covid-19 and daily lifestyle challenges as part of the project.

Chivumba said despite the government's efforts in relaxing the Covid restrictions there is a need to educate the public that the virus still exists and is lethal.

COVAW community officer Vincent Muteva said the families were identified through a rigorous process and the recruited individuals were the most affected.

He, however, said plans are underway to expand the project but it will depend on the success of the pilot programme. 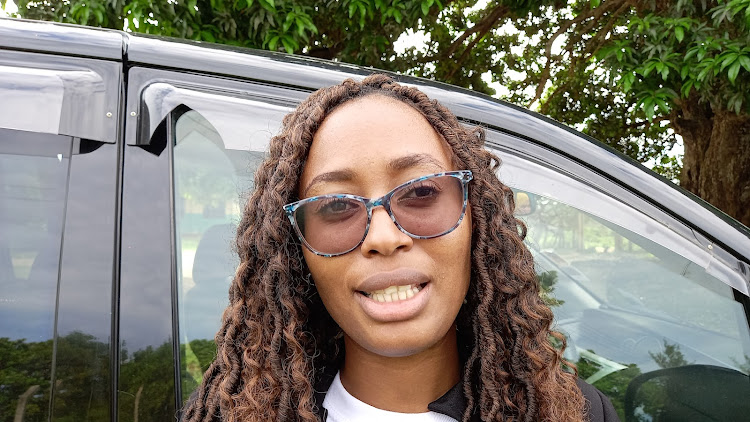 Covid-19 disrupted demand for groups already struggling for market
News
1 year ago
“WATCH: The latest videos from the Star”
by SHABAN OMAR
Coast
10 May 2022 - 22:00