They had initially preferred that Jane Kamto works with Mung'aro but failed to resign on time to join the ODM governor aspirant.

•Since devolution started under the negotiated democracy principle the deputy governor seat was reserved for the Rabais while the senator seat was for the Chonyis.

•Saburi who has deputised Kingi for the last five years had sought to become governor but dropped his ambitions.

Residents of Rabai and Maendeleo Ya Wanawake Organization in Kilifi County have unanimously resolved to front Gideon Saburi to deputize former Devolution CAS Gideon Mung’aro in the governor race. 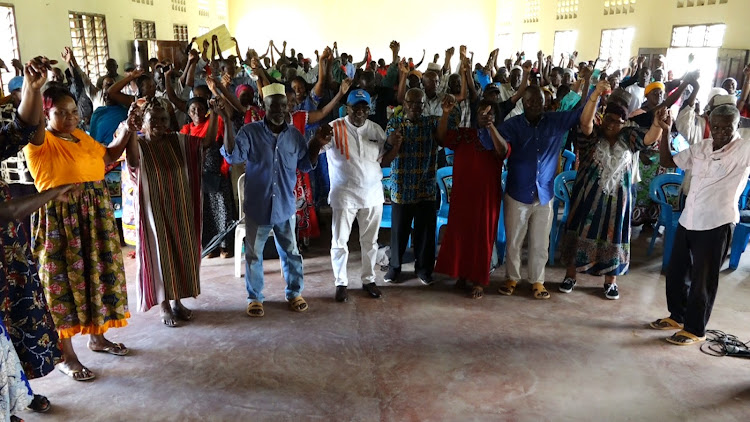 Residents of Rabai and Maendeleo Ya Wanawake Organisation in Kilifi have resolved to front Gideon Saburi to deputise former Devolution CAS Gideon Mung’aro in the governor race.

The resolution was made in Mkapuni in Rabai after the initially preferred deputy for Mung’aro Jane Kamto failed to resign in time to join the ODM governor aspirant.

Since devolution started under the negotiated democracy principle the deputy governor seat was reserved for the Rabais while the senator seat was for the Chonyis with the larger Giriama taking over the governor mantle.

Saburi who has deputised Kingi for the last five years had sought to become governor but dropped his ambitions after ODM opinion polls showed Mung’aro was ahead and the most preferred candidate.

During the meeting organised by MYWO and attended by Rabai community members from all the wards, they all declared that it was Saburi who was fit to take the deputy seat.

MYWO officials present were Phedis Shindi the vice chairperson of the organisation in Kilifi, Clarice Makatsa and Mary Kuduku from Rabai maendeleo forum.

Shindi said Rabai people are lucky because it is Kamto who proposed Saburi.

Kuduku said for the people of Rabai to get the deputy governor seat they need to unanimously vote for Mung’aro.

She said they are going to sign an MoU with Mungaro to agree on the mode of operation once they take over.

Kuduku called on the community to vote for Raila Odinga as the fifth president and Mung’aro to ensure they spur development for Rabai, Kilifi, and Kenya at large.

“We came here to listen to you, we want you to tell us what you wish for,” she said.

Rabai resident Abdalla said they want the deputy governor seat to remain in Rabai and since the initial choice for a woman had flopped, they would front Saburi to continue serving as deputy.

Another resident said Saburi is better placed to be Mung’aro’s deputy to show him the way as he has already served in the position.

“The last three years were rough to him he was not given any chance to serve you because all doors were shut and there was nothing, he could do so let’s give him the deputy seat,” the resident said.

David Shariff, Saburi’s supporter said the deputy governor has had many challenges that’s why it was difficult for him to deliver effectively.

He urged them to support him because he has a vision for development and will help transform Rabai.

“We have confidence in Saburi.  With Mung’aro as the governor and him as deputy there is hope for Rabai and Kilifi at large,” he said.

The deputy governor said he was ready to take the mantle after the Rabai people endorsed him.

“Because you have spoken I am ready to serve you,” he said.

The endorsement comes after a group of ODM women early this week demanded that Mung'aro be deputised by a woman. 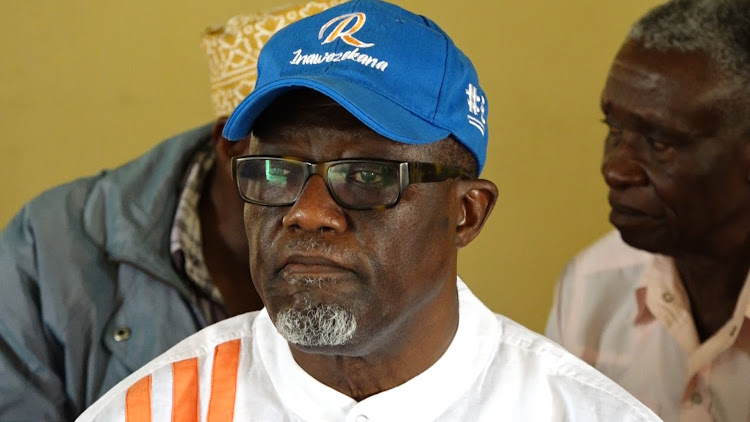 There are growing fears that the party might lose ground in Kilifi if it bungles the nominations.
Counties
4 months ago
“WATCH: The latest videos from the Star”
by ALPHONCE GARI Correspondent, Coast Region
Coast
08 May 2022 - 22:00