Dafano and Agunga, who are both 17 years old, scored A plain and A-minus respectively

There were celebrations in Malindi town after two girls from different families scored As in the just-released results of the Kenya Certificate of Secondary Education. 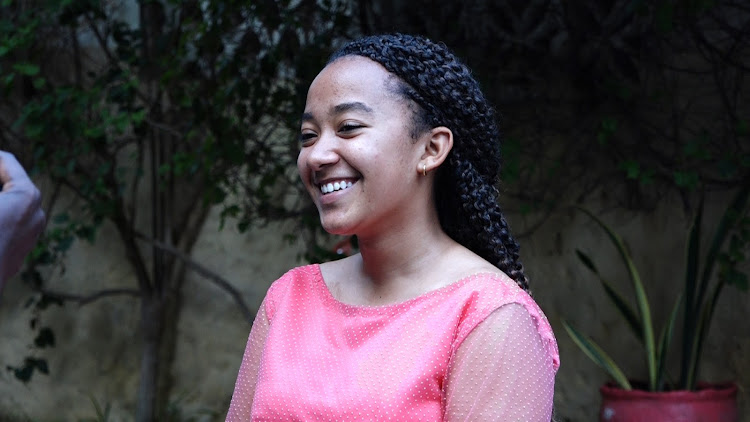 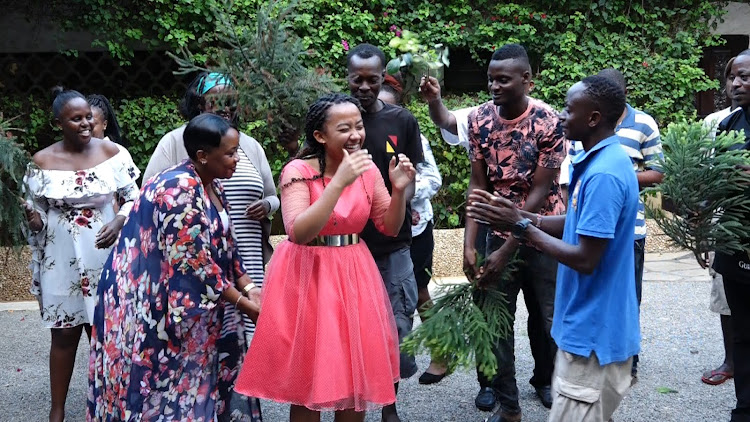 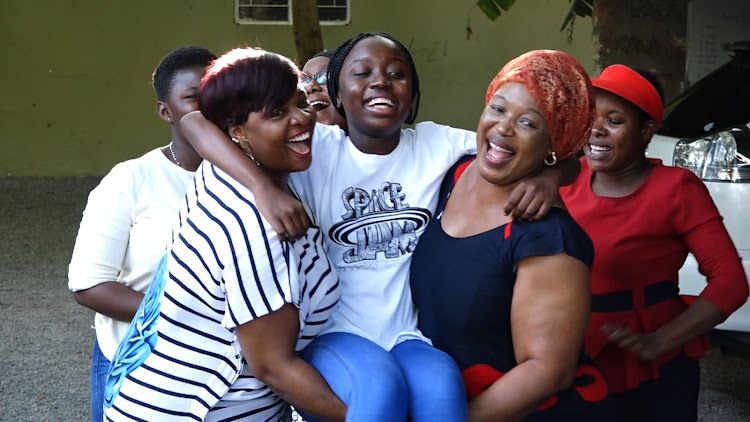 Veronica Agunga from Malindi who scored A Minus (C) is carried by her mother Pamela Agunga (R) and relatives at their home after learning of the results
Image: ALPHONCE GARI

There was celebrations in Malindi town after two girls from different families scored As in the just-released results of the Kenya Certificate of Secondary Education.

Lucy Dafano and Pamela Agunga, who are both 17 years old scored A plain and A-minus respectively.

The families of the two, who could not hide their joy upon learning of the impressive performance, broke into song and dance in their homes expressing their pride in the girls.

Malindi and Kilifi county are known for low education standards due to challenges of poverty, early marriages and teenage pregnancies.

At Dafano’s home, her mother Grace Laika, family members and relatives celebrated her outstanding performance for scoring an A plain.

Dafano scored 83 points with an A-minus in English, A plain in Kiswahili, Maths, Biology, Physics, History, Art, and B plus in Chemistry.

In an interview with the Star, Dafano who schooled at Moi Girls High School, Eldoret, attributed her success to hard work.

She, however, said the journey was not that easy considering that learning was suspended at a certain time because of the Covid-19 pandemic, forcing her to do online classes and study at home during the period.

Dafano thanked her parents, teachers, support staff and friends for the support and for everyone who helped her in her journey.

She wants to study architecture so as to help bring sustainable development in that sector.

Dafano's mother thanked her daughter for making the family proud by getting A plain in KCSE.

She said her daughter excelled in KCPE by scoring 423 marks, and it was double achievement for the family.

On the other hand, Agunga, a student of Loreto Girls High School, scored 76 points, with a B plus in Kiswahili, A plain in Maths, A minus in Biology, B plain in Chemistry, B plus in History, B plain in CRE and A plain in Business.

During the interview, she told journalists that she did not expect to get an A-minus but a B plus, and thanked God for the good results.

“I thank my teachers and my parents. Dad and mum always encouraged me that I could do it and I tried all my best," she said, adding that she aspires to study a Bachelor of Medicine in Surgery at the University of Nairobi.

For her there were no major challenges during her four-year secondary education period except for waking up early in the morning.

Her mother, Pamela Agunga, said she was proud of her marks as they did not expect her to score the high grades.

Boys performed better than girls in the just-released results.
InPictures
3 months ago