•The majority of residents have now been paid and only a few are remaining.

•Assistant county commissioner Peter Seronga Ole Masaa said the contractor has already moved to the site and work is ongoing. 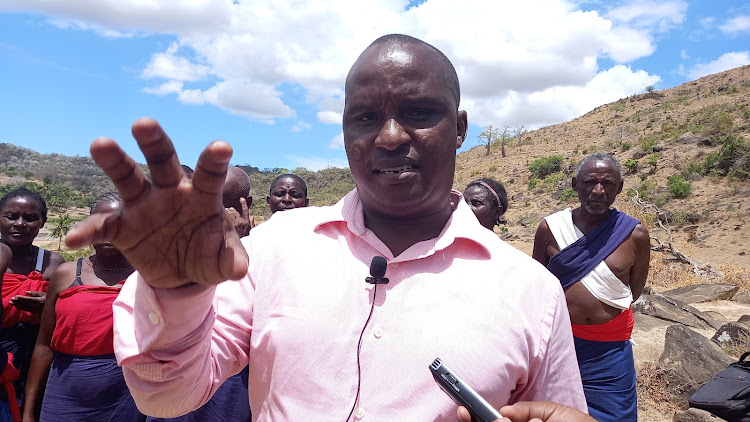 The construction of the Mwache dam in Kwale has started after the completion of rehabilitation works and the compensation of residents by the government.

The project was to commence in November.

The construction had previously stalled because of land disputes and compensation issues.

The majority of residents have now been paid and only a few are remaining.

The Sh20 billion dam is being constructed at Kasemeni ward, Kinango subcounty.

Assistant county commissioner Peter Seronga Ole Masaa said the contractor has already moved to the site and work is ongoing.

The entire project will affect about 12,000 residents and 3,220 households from 20 villages.

Phase one of the project will affect at least 4,000 residents.

The project runs from Fulugani to Pemba villages.

The governemnt released Sh4 billion to compensate the affected residents who gave out the land for the project.

The dam will be 87.5 metres tall, targetted to impound 118 million cubic metres of water.

It will harness water from the overflowing Mwache river and strengthen daily supply of 186, 000 cubic meters of water to Kwale, Mombasa and Kilifi.

It is funded by Worldbank in partnership with the national and county government.

Masaa urged residents to support the project, to make it successful.

“The government has complied with everything the residents wanted,” he said.

Masaa said about 49 shrines with more than 36 graves were relocated and their owners paid.

Last year, Governor Salim Mvurya moved to stop the Ministry of Water from starting the project without properly compensating residents.

The then water PS Joseph Irungu, assured the county that none would be left out and due procedure will be followed.

Masaa said the government is committed to improving the residents' lives through projects and those surrounded by it to equally benefit.

He said the contractor was currently hiring residents for the construction works and many more employment opportunities will be available.

On Wednesday some Kaya Mtswakara elders conducted special prayers to appease the spirits to allow the construction of the dam to continue smoothly.

Those who attended feasted on cows, goats, sheep and chicken meat.

The rituals were accompanied by traditional dances in between the hills that circumnavigate the long river Mwache.

The ceremonies were sponsored by the government, to show support and respect to different Kenyan cultures.

Masaa said the project will be a game-changer for the area's economy and the people living around.

Mwache dam affected persons chairman Sita Kangai Sita said they trust that government will complete the payment for the remaining families on time.

He said for the first lot about 97 per cent have been paid and the second 88 per cent, terming it good progress.

Sita said the project has changed the living standards of the community and will support it.

“Our lives have improved through the compensation money,” he said.

He said they no longer live in makuti thatched houses but in well-constructed stone houses with iron sheets roofs. 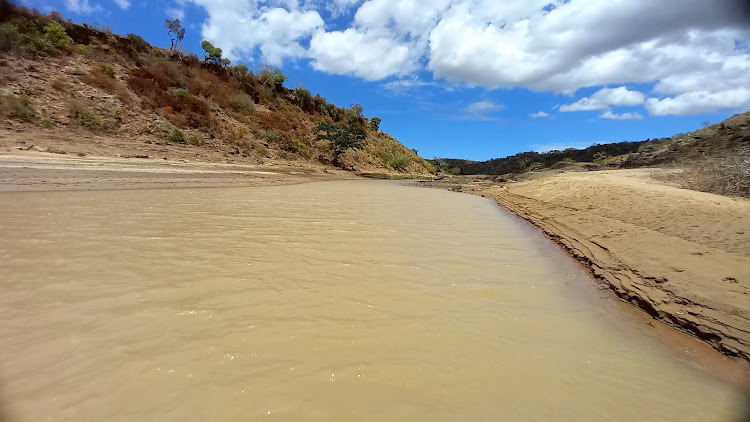 PROJECT: A portion of River Mwache where the dam wall will be constructed.
Image: SHABAN OMAR

Mombasa residents to quench their thirst with more boreholes

Say compensation package of between Sh250,000 and Sh300,000 per acre was too little
Counties
4 months ago

Makamini dam affected residents decry that the payment is taking longer than expected.
Counties
7 months ago

They claim the contractor is outsourcing workers from other counties to do casual jobs.
Counties
7 months ago

Project requires about 1,600 acres; it has affected about 4,250 residents
Counties
11 months ago

This follows the completion of rehabilitation works that had earlier begun to set grounds for the project
Counties
1 year ago
“WATCH: The latest videos from the Star”
by SHABAN OMAR
Coast
15 April 2022 - 22:00