Mwakesi was set to battle it out with former governor John Mruttu in the UDA primaries.

•There has been a supremacy battle within the UDA party in the county over who should fly the gubernatorial flag.

•Mwakesi said PEP will embark on an aggressive aspirant recruitment exercise in the region. 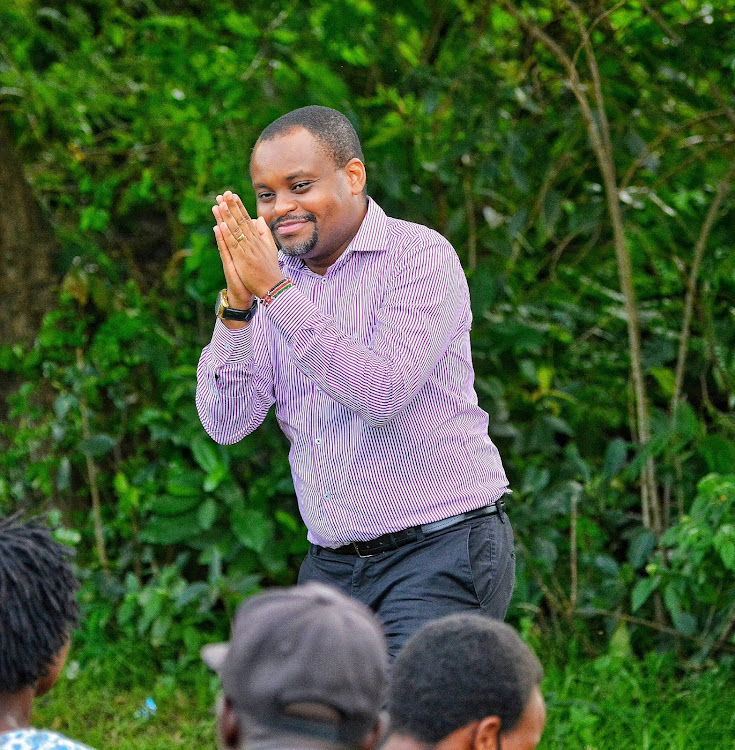 Stephen Mwakesi left UDA  over what he termed as sibling rivalry and internal pressure.

He was set to battle out with former governor John Mruttu in the UDA primaries.

There has been a supremacy battle within the  party in the county over who should fly the gubernatorial flag.

The youthful politician said in a statement that he had found a new home in PEP and that he will be vying for the county's top seat.

“I humbly wish to announce to you all that I will be running for the governor seat of Taita Taveta on the People's Empowerment Party ticket,” Mwakesi said in a statement.

“PEP is a national party with presence across 30 counties of our great nation of Kenya.”

Mwakesi revealed that the party had also appointed him as the interim national party leader.

The public policy expert and a community leader, expressed hope that he will trounce the 12 gubernatorial candidates who have lined up to unseat Granton Samboja.

Mwakesi dismissed claims that he had been handed a UDA ticket to vie for the senatorial seat.

“It is not true, I am strongly in the gubernatorial race. Let us all come together on this journey as we begin a new chapter for our great county,” he said.

Mwakesi said PEP will embark on an aggressive aspirant recruitment exercise in the region ahead of the August general polls.

He said they target to field, mentor and support aspiring leaders who share the vision of putting the interests of Kenyans first when it comes to leadership and development.

ODM leader promises to set up industries; protect mining rights in the area.
News
7 months ago