Says he is waiting for the ODM nominations

• Kahindi is regarded as one of the top contenders to succeed Governor Amason Kingi, who is completing his final term.

• Kahindi is among Kilifi leaders who supported PAA in its formative days. He, however, did not join the party. 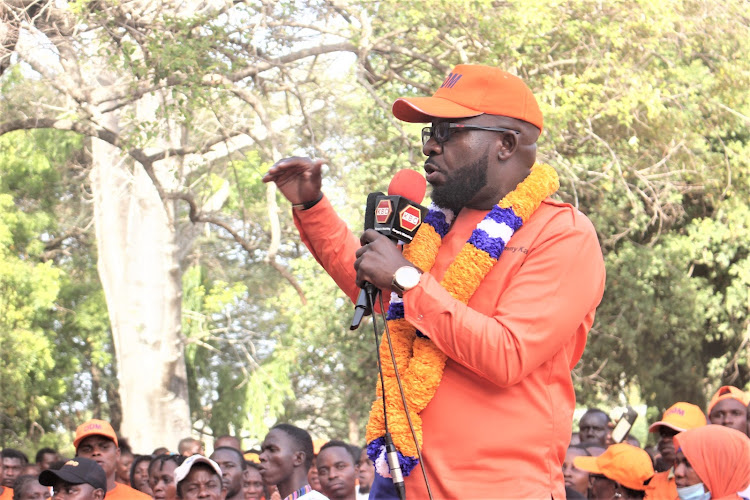 Kahindi, who is eyeing the Kilifi governor seat on an ODM ticket, dismissed the claims as fake news and a desperate move by the PAA to confuse his supporters.

He will face former Devolution CAS Gideon Mung’aro in the primaries.

Kahindi is regarded as one of the top contenders to succeed Governor Amason Kingi, who is completing his final term.

On Tuesday  and Wednesday, PAA supporters took to social media to break the news that Kahindi had joined the ‘home-based’ political party.

“That is fake news. I am waiting for the ODM nominations to get the ticket,” Kahindi said.

County ODM chairman Teddy Mwambire also dismissed the allegations and said Kahindi is among is in ODM and he cannot join any other party.

“He has not made such communication but I know his stand. He has travelled out of the country but he is still an ODM member,” he said

Kahindi is among Kilifi leaders who supported PAA in its formative days. He, however, did not join the party.

“Kahindi has confirmed paying the nomination fees to ODM and PAA is behind the propaganda to tarnish his name,” he said.

Mulei was elected on an ANC ticket.

Kingi who is the PAA leader is on a charm offensive to sweep all the political seats in Kilifi.

They will form a coalition after the nominations and front one of them as the flag bearer.
Counties
6 months ago

Mwakumanya said in Kilifi the fight would be between Azimio  and UDA.
Elections 2022
6 months ago
“WATCH: The latest videos from the Star”
by ELIAS YAA Correspondent, Coast Region
Coast
16 March 2022 - 22:00