• “We welcome everyone to Azimio but we must respect each other. We will not agree to welcome you to Azimio if you keep throwing insults at us,” Mwambire said.

• “Just the other day ODM and Raila were bad until you decided to build your own house, now you are here demanding to work with us," Chonga said. 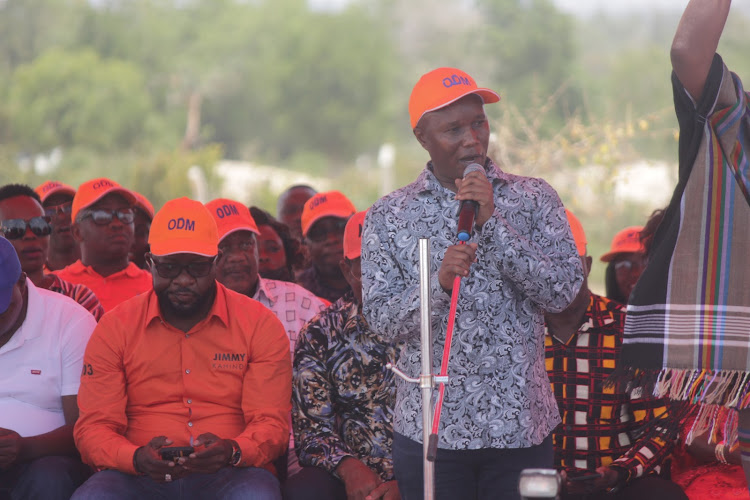 ODM leaders at the coast have warned other political parties intending to join the Azimio La Umoja to respect the party.

The leaders accused some parties of throwing tantrums at ODM while at the same time they are expected to share the same podium while campaigning for Raila Odinga.

Ganze MP Teddy Mwambire said some parties hurl insults at the ODM leader but whenever he visits the region they want to be part of his rallies.

Mwambire spoke on Friday at Bamba town when he hosted Raila.

“We welcome everyone to Azimio but we must respect each other. We will not agree to welcome you to Azimio if you keep throwing insults at us,” he said.

When the programme for Raila’s coast tour was announced, wrangles emerged between ODM and the Amason Kingi led Pamoja African Alliance over the inclusion of PAA in the rallies.

Where as Kingi claimed he was tasked by Raila to come in and join ODM in the rallies, Mwambire maintained that the rallies were an ODM affair and not an Azimio affair.

PAA finally bowed out of the rallies in the last minute and never attended any in Kilifi.

Kingi is the immediate former ODM chairman for Kilifi. He was kicked out after forming his own party.

In the last general election, ODM clinched almost all the elective seats in Kilifi. Only eight out of the 35 county assembly seats were lost.

Mwambire was Kingi’s deputy in the party. Currently, the two leaders do not see eye to eye.

Kilifi South MP Ken Chonga said some of the parties are coming to Azimio with ill motives.

“Just the other day ODM and Raila were bad until you decided to build your own house, now you are here demanding to work with us.

"If you want to join Azimio come here with clean hands. You will not dictate to us,” he said

“People here are still passionate with the oranges. We are now in Azimio. We will mobilise votes for you so that you can clear the way for us. After 2022, the next president will come from this region,” he said 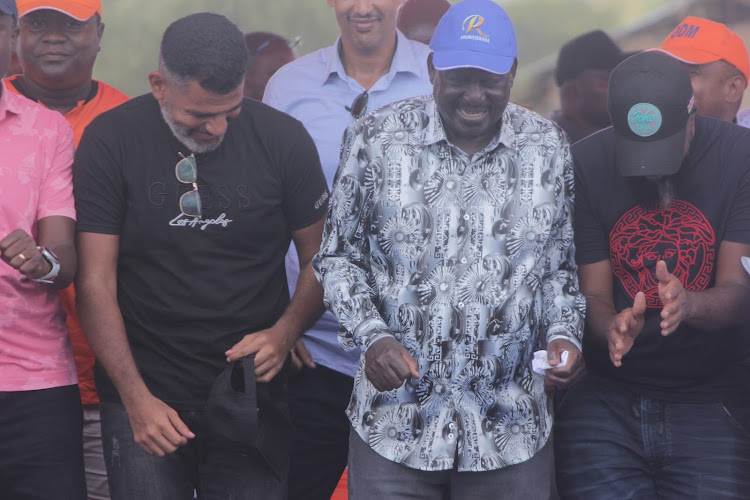 Nassir said the answer to questions about his degree certificate will be answered on August 9.
Counties
9 months ago

Raila will continue his tour of the coast that began in Kilifi county on Saturday.
News
9 months ago

Raila arrives in Bamba as he begins Kilifi tour