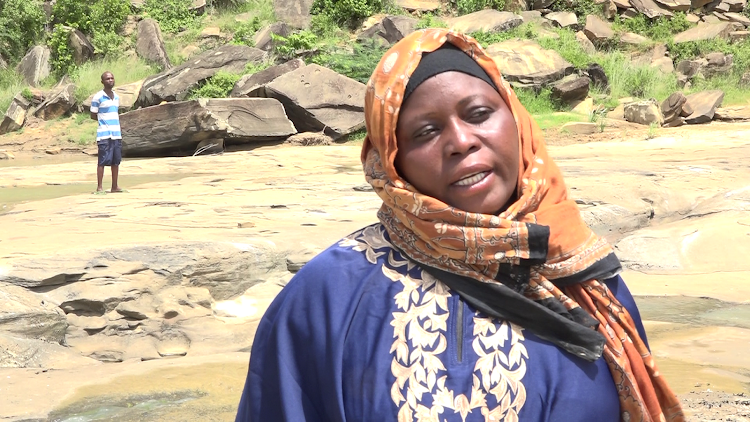 Amina Mvuria, the mother of 13-year-old Shaban Mwandeme who drown in December but his body has never been found.
Image: MALEMBA MKONGO

On December 13,  Amina Mvuria was going about her daily duties at her place of work thousands of miles away from home when she received the most heartbreaking call.

The caller informed her that her 13-year-old Shaban Mwandeme was among three cousins who had drowned while swimming in a river in Kwale.

She was informed that rescue efforts were underway and since she was not in the country, she remained hopeful that her son would be rescued.

However, only two bodies were recovered two days after the incident while that of her son remained missing.

Days later, the body of Mwandeme was not recovered forcing the mother to take the next flight back home to join the search for him.

Three days before the incident, Mwandeme and his siblings had travelled from Kilifi where they lived to Kwale to attend the burial of their grandfather.

On the material day, the deceased and three of his cousins sneaked away from home to go and swim at river Mwache a few metres away from home.

While swimming, it started raining heavily but the boys continued to enjoy their swimming not knowing the river had started swelling due to the downpour.

They were later overwhelmed by the flowing waters and three of them were washed away.

One of the cousins, who narrowly escaped, rushed home where he alerted the family of the tragic incident.

Mvuria said she had to quit her job in Qatar to come join the search party.

“Mwandeme was my third born and he had big dreams. It is so painful to lose a child and not have his body to bury," she said.

After 28 days of the search, the grieving mother has been forced to accept that the body of his son will not be recovered.

“We have tried our best to search for his body but we have not found him. If only the government could intervene and give us a hand in searching, maybe we would have hopes,” Mvuria said.

Despite wanting closure by burying his body, the family will be forced to accept the situation and perform final burial rites for  without the body.

“At the end of it, I will just have to accept and thank God for giving me the boy and ask Him to grant him peace. We will have to perform final prayers in accordance to Islamic religion,” she said.

Teacher has been arrested in connection with incident.
Counties
10 months ago
by MALEMBA MKONGO Correspondent, Coast Region
Coast
10 January 2022 - 22:00