Joho's former adviser calls him out over impending doctors' strike

County doctors have vowed to down their tools as from today. 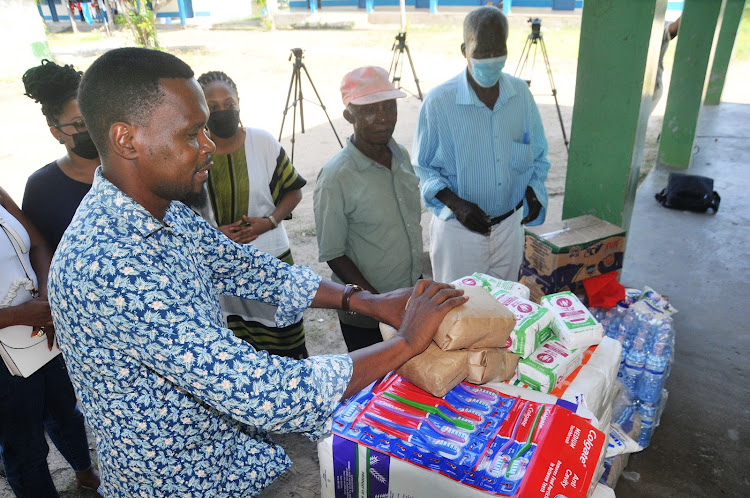 Hamisi Mwaguya, a former economic adviser to Mombasa Governor Hassan Joho, has faulted the county boss for failing to prioritise the interest of the county workers.

Mwaguya, who is seeking the Senate seat on the UDA ticket, said it is pitiful that Joho has failed to address doctors' issues.

Mwaguya said the looming doctors’ strike is going to risk the lives of the many poor Mombasa residents who depend on public health facilities.

He challenged the governor to quickly address the issues being raised by county staff.

The Mombasa county workers have gone without salaries for almost three months and the doctors have threatened to down their tools in all the public hospitals.

Mwaguya questioned why Mombasa  is the only county that has failed to pay its workers.

“In the entire country, it’s only Mombasa county workers who are complaining about salaries. I want to urge the county government to look into the doctors’ issue with the seriousness it deserves so that we can avert any crisis,” he said.

He insisted on the need to have a permanent solution to salary delays, which he said has bedeviled the county in recent years.

He said the issue is painting a negative image of Mombasa county as an employer.

“Mombasa county staff have for a long time now been experiencing difficulties in getting their salaries. It is a pity that doctors who play a critical role in our public health system can go for two months without pay,” Mwaguya said.

He asked the doctors to give the county at least one week to address the issues they had raised.

However, the doctors flatly refused to heed to the governor's call to suspend the strike.

"In the meeting, the governor asked us to suspend the meeting, but in consultation with our members, we refused to listen to their pleas and we shall move on with our planned strike," Dr Nassir Shaban, the secretary general of the Kenya Medical Practitioners, Pharmacists and Dentist Union Coast branch, said.

Last week on Tuesday, the doctors issued a seven-day strike notice, if their issues are not addressed.

In a briefing led by Dr Shaban, they said that all the 235 doctors employed by the county were going to down their tools.

Shaban said they had been experiencing challenges on salary payment for the last two years, adding that according to the return-to-work agreement signed in January last year, the county had agreed to pay their salaries on time.

Mvita MP Abdulswamad Nassir on Sunday said there are county staff, who might be sabotaging Joho's legacy.

He said Joho has been at the forefront in fighting for the rights of the people.

He asked the governor to investigate the people responsible for the salary delays within the Finance department.

"I want to ask my brother Joho, there are people who are mandated and responsible for salary issues. What could be happening? Are they trying to undermine your performance?" Nassir posed.

"I challenge the MCAs to summon all the head of departments to get to the bottom of this issue,"  he added.

The duo accuse Faki of being silent on the issues affecting Mombasa
Counties
6 months ago
by ONYANGO OCHIENG
Coast
10 January 2022 - 22:00