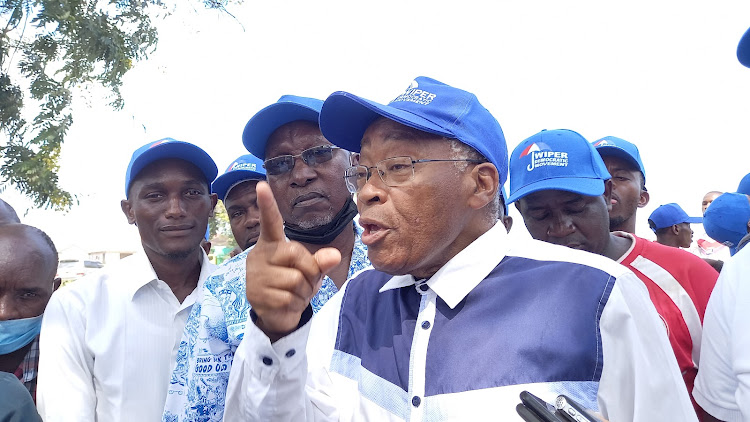 This will be Mwakwere’s second attempt on the top seat after his first trial flopped in 2017.

In 2013 he also lost the senatorial seat to the late Boy Juma.

Speaking in Vanga during the official launch of his campaigns, Mwakwere promised a tough battle ahead of the August general election.

The long-serving cabinet minister said he is still a political force in the region and his presence matters.

"I feel sorry for those who underestimate me because they will be shocked. I am a man of the people and still vocal," he said.

Mwakwere said he is very strong and healthy despite his old age to which he is proud and grateful.

The 77-year-old said his might will be proved on the ballot when he emerges victorious with many votes.

"If they think they are powerful enough let us meet in the field for the race. They will be shocked, I will leave them far behind," he said.

He said leadership is not measured by age but by wisdom and ability to lead.

The former Transport Minister is vying on a Wiper Party ticket.

His one-week schedule of vote hunting is expected to end in Mackinnon before embarking n other sub-counties.

He will be moving in all the 20 wards in the four Kwale sub-counties of Lunga-Lunga, Msambweni, Kinango and Matuga.

The veteran politicians went on to table a bag of goodies that the Kwale people should expect when he becomes their county chief.

Mwakwere said once elected he will wipe out corruption and expose corrupted individuals.

"Those who embezzled public funds should pray hard because we won't spare them," he said.

He said it is a pity that after 10 years of devolution the region is not yet fully developed while resources are abundant.

Mwakwere said he will create employment opportunities for both educated and illiterate locals.

The gubernatorial aspirant said he will ensure each family member has a stable income and investments to sustain themselves economically.

He also promised to promote education through sponsorship and bursary programs.

The vibrant politician also said he will strengthen working relationship between the county and national government for development.

The ex-Kenya ambassador to Tanzania added that he will ensure the implementation of health, water, learning facilities among other projects are delivered on time to benefit locals.

Meanwhile, Mwakwere said the Wiper party has gained momentum in Kwale and on August 9, the party will lead in every seat from MCA to governor position.

Mwakwere said they have planned well and will ensure votes are not rigged as it has been the norm.

In previous elections Mwakwere cried foul that there had been massive irregularities.

A voter petitioned in court but lost the case due to lack of enough evidence. 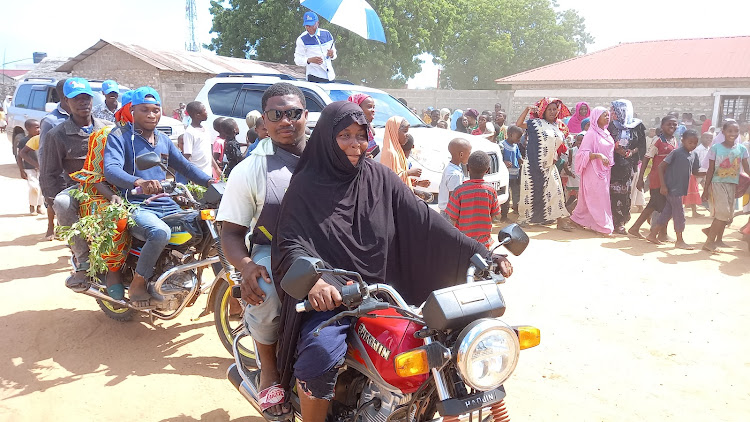 Kamba community in Kwale calls for unity ahead of polls

Governor Mvurya: What I will be remembered for in Kwale