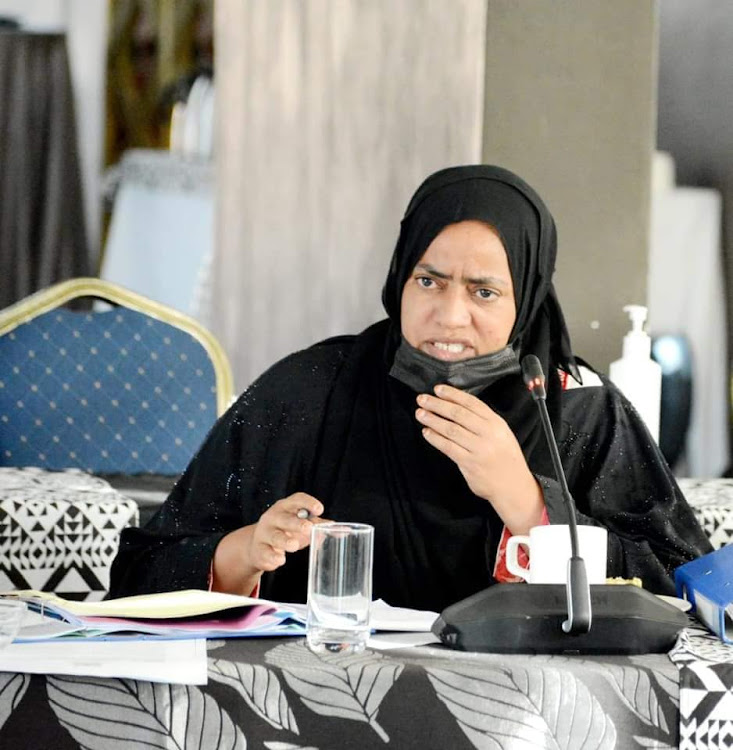 Lamu Women Rep Ruweida Obo has joined other county leaders in calling for the dredging of key channels in the Indian Ocean to ease navigation.

This comes just a few days after the legislator escaped death at sea when a boat she and 15 others were traveling in hit a coral reef and capsized.

The accident happened at the Mkanda channel, just meters away from the new Lamu port-LAPSSET site.

Obbo and the the rest of the crew that included three chiefs from Lamu East were headed for a civic education engagement survived with minor injuries.

However, they lost their personal belongings, among them mobile phones, documents, cameras and other equipment.

The channels in question are the Lamu Island and Mkanda whose depth are  said to have risen quite considerably and is now posing a challenge to safe navigation in the seas.

It is especially challenging for large capacity boats to swiftly move though these channels without the danger of hitting rocks or corals or even capsizing.

The shippers have called for the dredging of the 500-meter long Lamu Island to Manda channel and that of Mkanda to Kililana, which is about 1.5km long so as to make them deeper and wider.

The current situation that has seen the sea bed rise over the years means that these two channels cannot be navigated by larger vessels during low tide.

Obo said the channels are in urgent need for dredging to enable for smooth navigation by vessels during all seasons.

She said their accident was caused by an unseen coral reef which seemed to have been pushed up due to the rising sea bead in the area, and as such, had not been encountered by the coxswain.

Obo said she would launch a complaint with the Transport and Infrastructure ministry concerning unworthy sea channels in Lamu which are costing people their lives and property.

“I am still recovering from the accident but once I am up and about, I will be visiting the Transport CS [Cabinet Secretary] to raise concern about these channels," she said.

Experts say the rising sea bed of the two channels has been occasioned by the dredging that took place at the Lamu port site in Kililana, which resulted in more silt being deposited in the channels.

The sea bed within these two channels has continued to rise over the recent years, making it shallow and unable to hold larger marine vessels during low tide.

Obo said she expects the government will treat the matter with the seriousness it deserves Lamu people and others plying the Indian Ocean from further accidents, deaths and losses.

The shippers have asked Kenya Maritime Authority and other concerned authorities to intervene and take action to stop further rising of the sea bed in the channels.

This is by having the excess silt and soil removed.

Heavy boats and ships have been unable to navigate these channels during low tide as there is not enough water levels to support their weight.

The Mkanda channel was last dredged in 1997 by the US Navy and has been in perfect condition ever since.

According to records at KMA, Lamu county recorded the highest number of marine deaths in the entire coastal region in the year 2021.

Lamu had the highest number of deaths at 11 while the rest of the coastal counties like Mombasa, Kilifi, Kwale, Taita Taveta and Tana River recorded less than ten death incidents, and less than 20 cases of marine accident survivors.

Despite the worrying statistics, Lamu does not have a single outfit in place to help victims of marine accidents in the unfortunate event of accidents at sea.

At least 15 people die from marine accidents in Lamu every year according to the Fisheries and Transport departments. 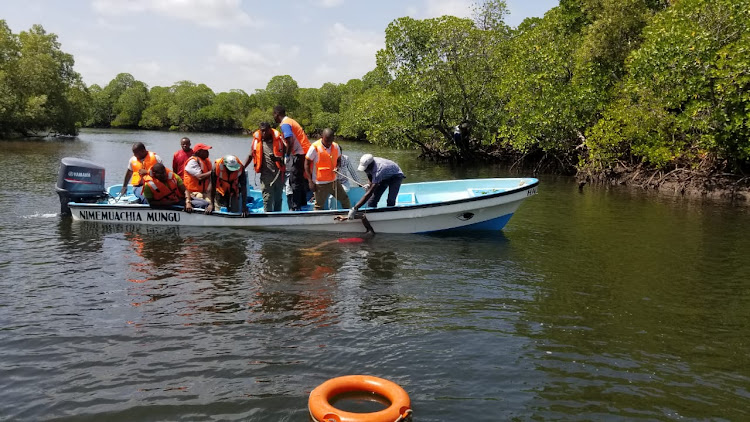 Divers retrieve a body from the scene of accident in the Indian Ocean.
Image: CHETI PRAXIDES 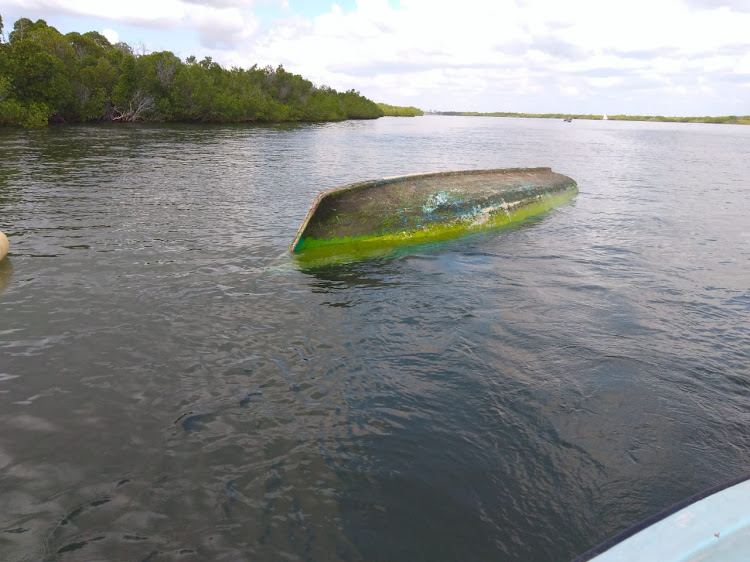 A boat after it capsized at the Mkanda channel in Lamu Island
Image: CHETI PRAXIDES
by CHETI PRAXIDES Correspondent,Coast Region.
Coast
02 January 2022 - 22:00